Here are all the bosses in Weeping Peninsula. We listed every enemy you can face in the southern region of The Lands Between.

There is no doubt that the Lands Between is a brutal place with unimaginable horrors. This magical yet unforgiving land is also home to many mysteries and treasures. While it is exciting to take on the realm all by your lonesome, you might need some guidance in your journey. That’s why we compiled a list of all the boss fights in the Weeping Peninsula. The region is located in the southern part of the starting area, Limgrave.

Let’s dive in and list all of the enemies you can take on in this place.

Weeping Peninsula is a region that you can visit during the early game. It has 10 optional bosses and 16 Sites of Grace. We should also note that the level range of this area is 20-30.

Ancient Hero of Zamor is the only Evergaol boss in the region. It is possible to fight this agile boss provided that you have the required item. Unlike many other Evergaols, Weeping Evergaol requires a Stonesword Key to enter. 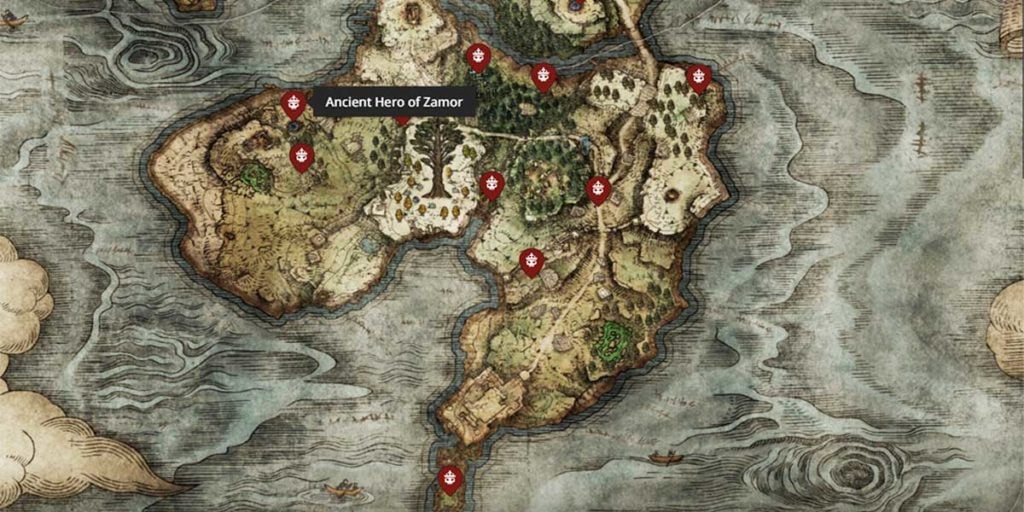 This Evergaol boss drops Radagon’s Scarseal which increases endurance, vigor, dexterity, and strength by 3. Though it also increases the damage taken.

Cemetery Shade is one of the easiest fights in the Weeping Peninsula. You can find the shade in Tombsward Catacombs and defeat it for 2,200 Runes. Check out its exact location from the map below. 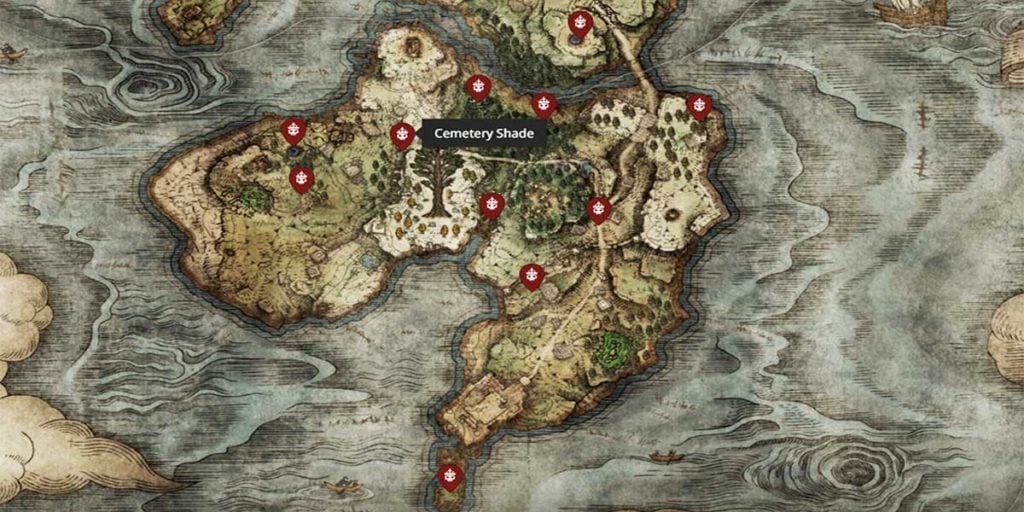 You can find the avatar near the Minor Erdtree as he only exists to protect the minor offspring of the spectral tree. 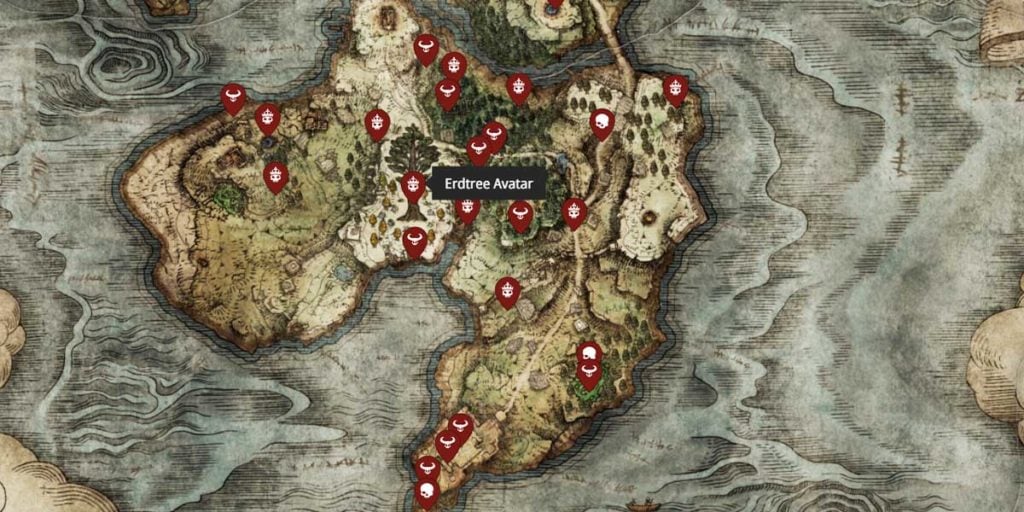 Erdtree Avatar is one of the most recurring bosses in the game. The one in the southernmost part of the Lands Between yields 3,600 Runes. It also drops Opaline Bubbletear and Crimsonburst Crystal Tear. 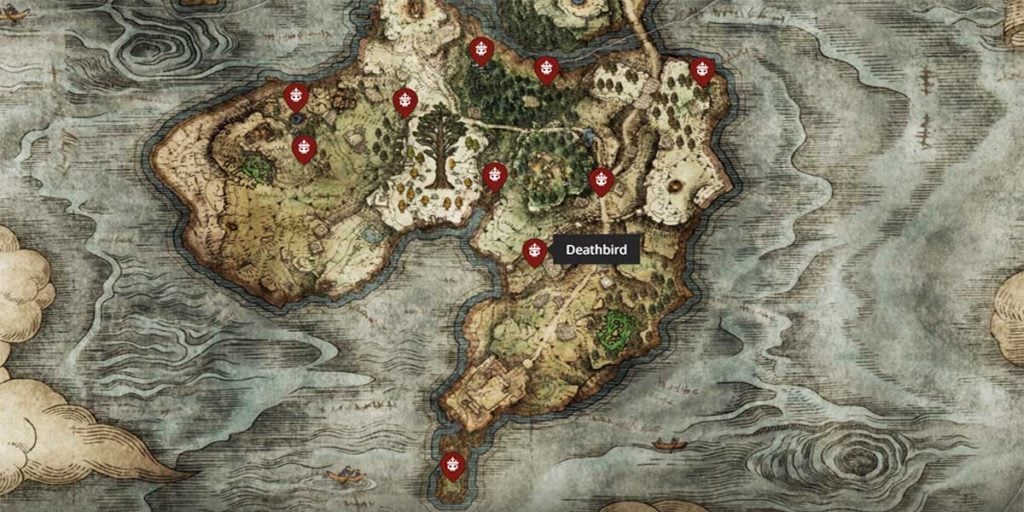 Castle Morne is a place of conflict where monsters fight against Godrick’s soldiers constantly. Though this place also holds a boss fight and a quest. 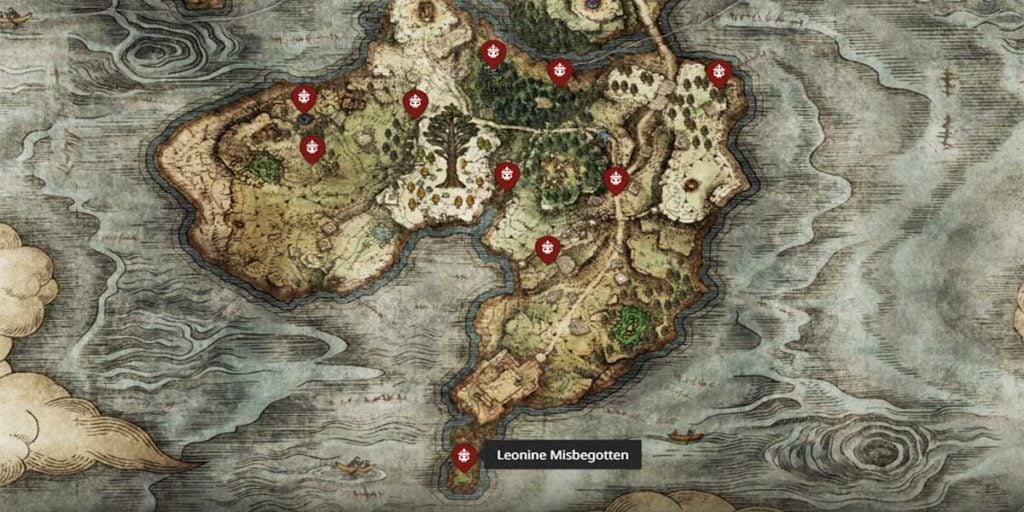 Leonine Misbegotten, the boss of the area, is located at the Morne Moangrave. The area is found behind the main castle. This half-snake half-lion monster yields 3,800 Runes and drops Grafted Blade Greatsword, one of the best colossal swords in the game.

If you want to expand your summon inventory you need to head to Impaler’s Catacomb. The boss of this catacomb is Erdtree Burial Watchdog, which drops 2,400 Runes. 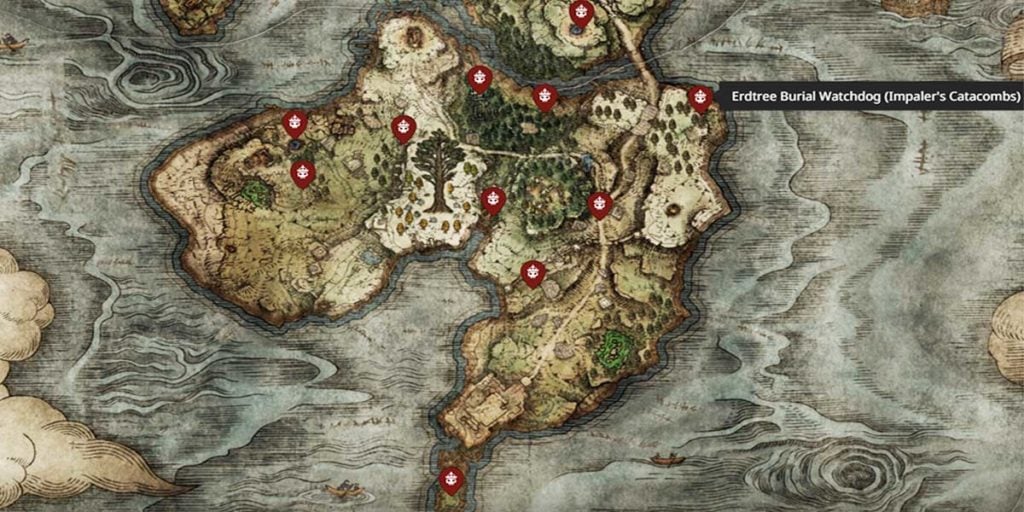 This field boss also drops Demi-Human Ashes allowing you to summon five demi-humans into the battlefield.

Miranda the Blighted Bloom is a massive plant that will cover you with poison. It also has light attacks that are a bit difficult to avoid. Though you can use a Torch to deal solid damage. 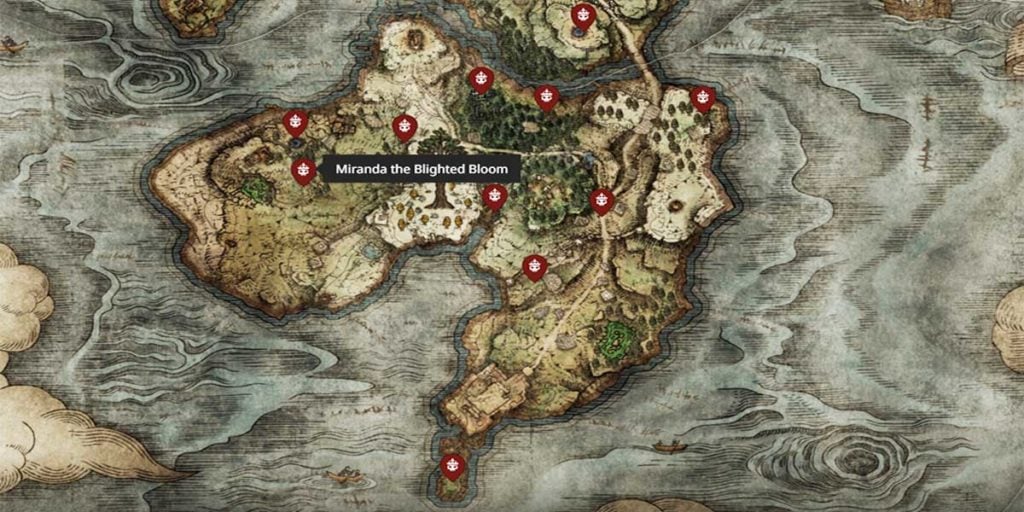 The boss also has three small flowers in the area. Make sure you deal with them first for an easier fight.

Weeping Peninsula also has a Night’s Cavalry that roams around Castle Morne Rampart. The cavalry wields a flail and deals fast attacks thanks to his steed. 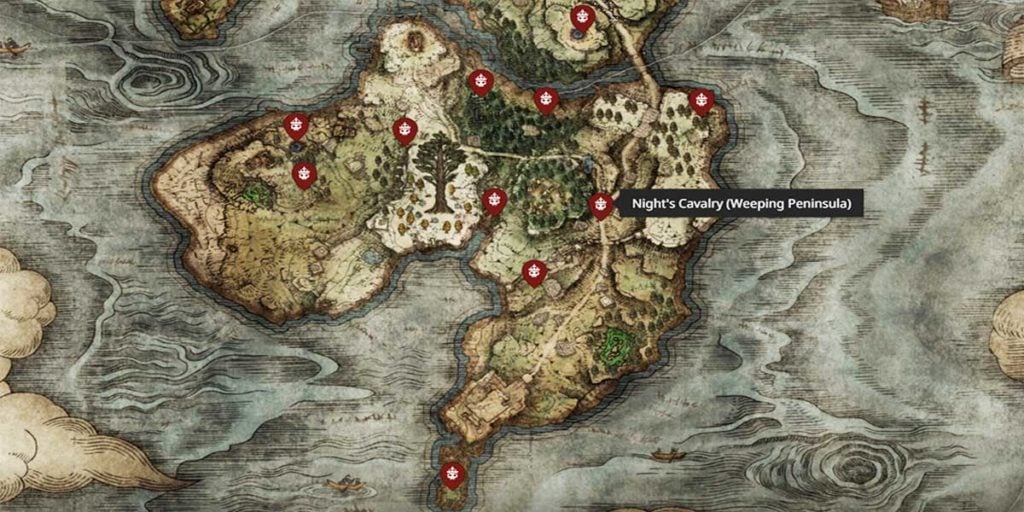 You can only face the cavalry at night, though. Defeating him will reward you with Ash of War: BarricadeShield and Nightrider Flail.

Yes, you guessed it right. Runebear is one of those huge bears that attack constantly, without giving you a second to heal. 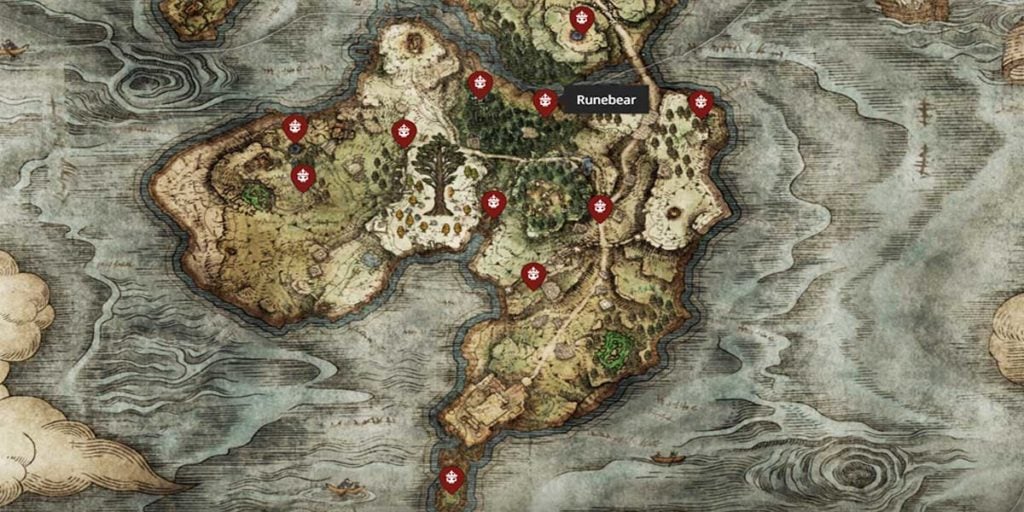 You can find this ferocious beast as soon as you step into the peninsula. It is found in the Earthbore Cave, yielding 2,600 Runes to the Tarnished. It also drops Spelldrake Talisman.

Scaly Misbegotten is one of the easiest bosses in Weeping Peninsula. The mutant has a low health bar. 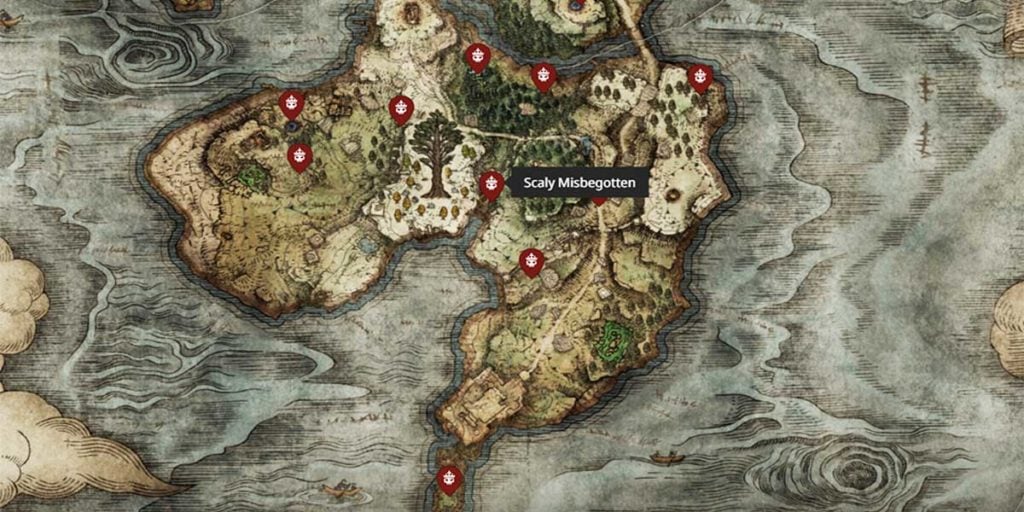 This optional boss drops 2,000 Runes and Rusted Anchor, a greataxe that scales with Strength and Dexterity.

Well, that’s it. These are all the bosses in Weeping Peninsula. We hope you have a great journey in the Lands Between.