How to Stream Media Files to Xbox One from a PC

People think that when they purchase Xbox One, they can play just games on it. In other words, Xbox One is thought of as just a gaming console by people. However, it is more than what the majority of people think. Because Xbox One is a multimedia device: people can play games, watch videos and listen to music while they are using the Xbox One. Also, Xbox One comes with astonishing technology.

People can share files located on their PC without uploading them. Xbox One supports DLNA. In other words, with DLNA technology every device which can stream can connect to Xbox One for stream music files and streaming videos. In this article, I will guide you. To show how you can stream media files to Xbox One from a Windows 10 computer.

Prerequisites For Stream Media Files to Xbox One

After installing those applications, you need to make sure both Pc and Xbox One connect to the same network.

Streaming Media Files to Xbox One From A PC

When you make sure to get applications and connect your devices on the same network. You can follow the steps which are listed below to Stream Media Files To Xbox One. 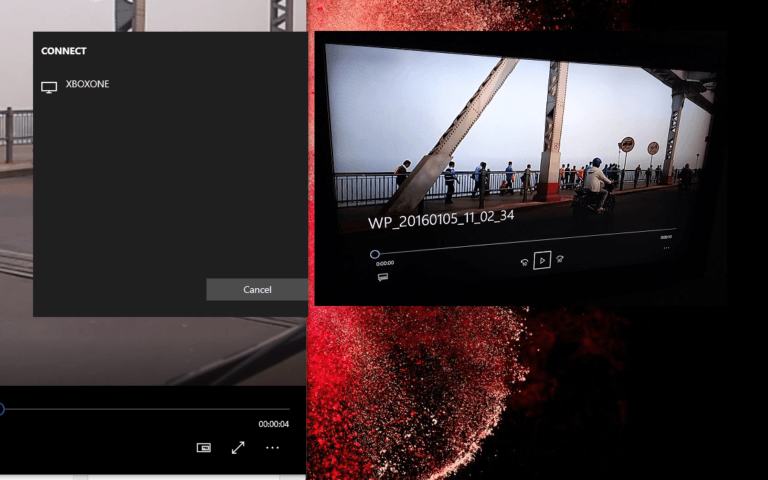 When you start streaming media files on your Xbox One, you will get a Windows media player screen. You can drag videos, music, and pictures on this to play. Also, you can control your media on your PC with Windows Media Player.

How To Stream Media Using Microsoft Edge to Xbox One

Some people buy Apple products to stream media files easily. However, they do not know they can use their Xbox to stream video files. Recently, Microsoft wants to take a slice from the pie to streaming media files. That’s why they created Edge Streaming as another method to stream media files on your PC. Streaming media using Microsoft edge does not need extensions or plugins to use. This makes it user-friendly. Cost-saving and accessibility make Xbox owners happy because they can save costs on apple devices like Apple Tv and they can easily share their content. Also, you can share content from the Internet; you can stream videos from youtube Netflix, and Hulu share photos from Facebook and Twitter.

You can watch the instruction video below!

Learning the weapon types is an important part of winning Halo Infinite matches.  We have been creating detailed…
byOmer Kaan Ayvaz
2 shares
1
0
1

How to build a modern apartment in Minecraft? Here are Minecraft apartment building tips for your communal living…
byKerem Dogan Karakoc