Gaming can be complicated sometimes. There are a lot of new monthly releases from game studios around the world, and Microsoft’s famous subscription service: Xbox Game Pass can make the process of deciding on the next title to get invested in a very daunting experience, especially with how many players can be misinformed or ignorant of what each title represents, so in this article, we try to make the process of discovering your next favorite a game a bit easier and more fun for everyone.

Decide on the Genre

The Xbox Game Pass menu has a very helpful Browse by Category function that allows you to reach the games you want to play the most. There are a lot of categories aside from the main ones (sports, racing, etc..) like games that are just cute, or games that can be enjoyed by more than one person. There are also categories by the literary genre or the medium of the storytelling itself like fantasy, science fiction, or mystery, so whatever your background is, there is bound to be something you could enjoy.

Of course, that’s the easy part, after deciding on which game you want to play, you will find like 10 or 15 games in each category, and its hard to determine the quality of the experience from the cover photo and the provided summary/promotional video, so let’s look into more easy access tools to help you get a feeling for the game you are about to get into.

Use the Official Club

An official club is a wonderful tool that is practically integrated into every single game on the console. While it doesn’t actually tell you everything you need to know about a game (How long to beat, variety of levels/equipment), or review scores, you can still use it to connect with other players and see how many fans have actually played this game or are playing it right now (very useful for games with multiplayer components).

You can easily use the multiplayer option tab to look for players or available groups to join, and check the time they decided their group would play (now, tomorrow, etc..), you can also use the progress option to see how many players have grabbed the achievements for that game. If a lot of players have done it, then that game must be really good, the social tab is also really nice if you want to check if any of your friends have tried this game before.

The watch tab is the most useful function you will want to focus on because it allows you to witness the action directly and get a look at what’s actually happening in-game. Platformers or Shooters are very broad words and they don’t really define much about how your character will behave and what type of challenges you will face. The videos are all handpicked from the moments you will want to check the most and make more informed opinions without leaving your Xbox screen.

Most Xbox Game Pass games can stick around for a minimum of 1 year at most, although some games can be available for much longer periods (Batman Arkham Knight, Yakuza), so if you are worried some games will leave the subscription service and you were late in deciding to play them, you can opt for trying the games from the “Coming Soon” tab or the “Recently Released” Tab so you can rest assured you will have the longest playing time with whatever game you decide to play.

The “Leaving Soon” tab also tells you which games are leaving the subscription service in the time span of 15 days at most, so you can pick from these games specifically and check their playing time on Howlongtobeat and check if you are able to prioritize beating any of these ones since they are the ones that should grab your attention right now, instead of the longer staying ones.

Remember that the Microsoft Store gets oriented and readjusted according to the games you play. It does not only inform you about the trending games but also recommends games just like the ones you have played, in addition to others that the store has picked for you. You can also discover high-rated games, explore more categories and maybe you will find your next game also available on game pass.

Xbox Game Pass is not just about playing the games you want for a tiny monthly sum, but it’s about discovering and exploring the potential of new games you didn’t think you would ever look at. Its about adjusting to new things without having to follow endless reviews and opinions about what’s worth it. There are a lot of options inside your console that allow you to be informed on the general perception of a game without actually trying it or getting yourself spoiled on it.

The new Xcloud feature also allows you to try out games without having to download them. It’s available now for a select number of countries, but Microsoft is bent on extending out the support for everyone across the world. Some games are also better when played on portable mode, and can be enjoyed in a few short bursts instead of long gameplay sessions, so also think about the game you want in terms of portability and accessibility.

With Xbox Game Pass, you won’t have to worry about catching up with the new trends, but you will have to rework your mentality about how you approach games. There are games for everyone and they cater to both old and new fans. Don’t enclose yourself in a shell and try only the games you know about, there is much more to discover and you have the complete freedom to do that without having to pay any extra or even waste your precious download time/storage size. 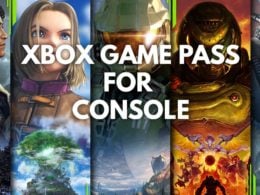 Here are all the available games on Xbox Game Pass for Console that you can enjoy right now.…
byKerem Dogan Karakoc
2 shares
1
0
1
No comments 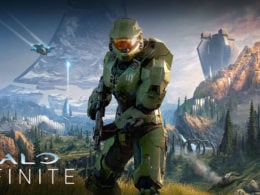 Halo Infinite takes you to take on the role of the greatest hero in history the Master Chief.…
byYunus Emre
No comments 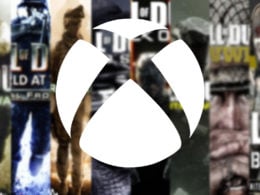