Microsoft buys Activision Blizzard in a $68.7 billion deal. The gaming giant is preparing to join the Xbox team with all of its franchises.

Activision Blizzard is the company behind some of the most popular games like Call of Duty, World of Warcraft, Overwatch, and many more. With almost 10,000 employees around the world, the company is preparing to join Microsoft in the massive deal of $68.7 billion dollars. The deal is expected to be closed in 2023 and it will also be the biggest acquisition of Microsoft. Both CEOs of the company shared their opinions regarding the deal, which is the biggest deal in the world of the gaming business. After Microsoft acquires Activision Blizzard, it will become the third-largest gaming company after Tencent and Sony.

Until the transaction is completely over, the two companies will maintain their business independently. When the Microsoft Activision Blizzard deal is finalized, the CEO Bobby Kotick will report to Phil Spencer, head of Xbox. In a recent post published by Phil Spencer, he added that they will try to offer as many games as possible from Blizzard and Activision’s massive catalog. This means that we might get our hands on the Call of Duty franchise alongside many other amazing games on Xbox Game Pass. Maybe World of Warcraft for Xbox will also find its way to Game Pass in the future. 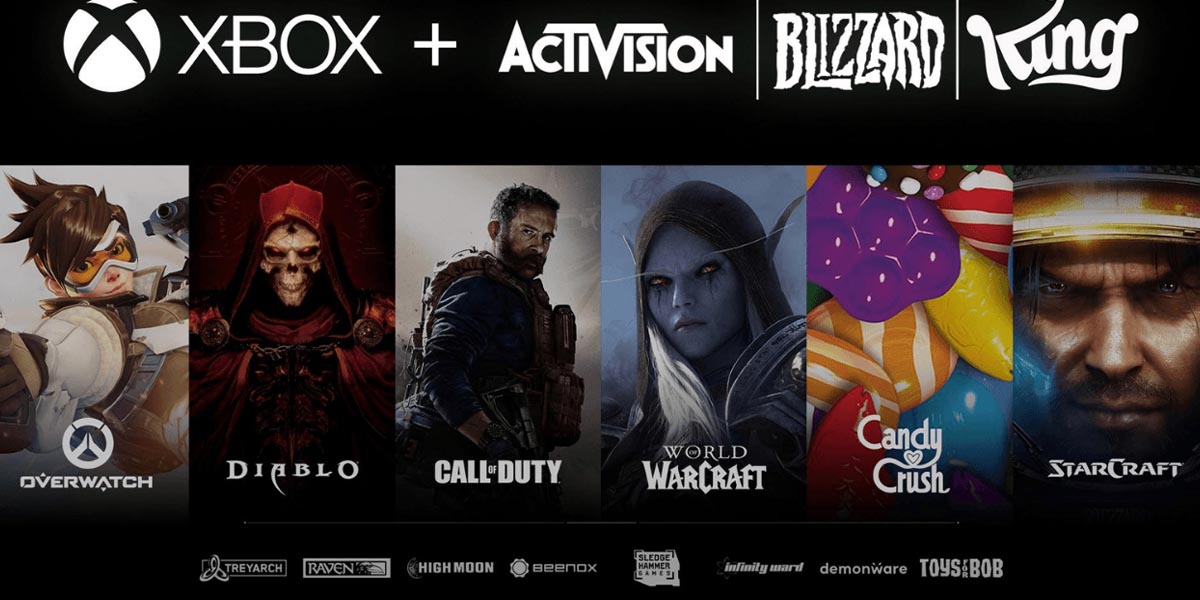 Microsoft has been on a shopping spree and recently bought four new game studios. It also completed Bethesda’s parent company ZeniMax Media acquisition back in 2021. The $7.8 billion dollars deal allowed Microsoft to offer some of the most successful titles like Fallout, Dishonored, DOOM and many others. With the Activision Blizzard acquisition, the tech and software giant will pay almost $70 billion in order to get a bit closer to conquering the world of gaming.

Here are all the studios functioning under Activision Blizzard. They will be working under Xbox after the deal is over.

On the other hand, Activision Blizzard has been facing lawsuits regarding its workplace culture. Back on July 20th, a lawsuit was filed, stating that there have been lots of complaints about sexual harassment, retaliation, and discrimination that are present within the company. Dozens of workers walked out and protested Activision Blizzard while most of the executives were fired or quit. Since then, numerous investigations are being directed to the company regarding sexual misconduct.

The toxic workplace and the “frat-boy culture” of the company resulted in many executives quitting their job. Most game developers around the world also showed their solidarity with the ActiBlizz walkout. The giants of the gaming industry pressured the company for offering a safer work environment for their employees.

We also know that Bobby Kotick will continue serving as the CEO of the company. When Microsoft buys Activision Blizzard completely, Kotick and the teams under him will be reporting to Phil Spencer, Head of Xbox.