When Kobayashi Issa (One of the four regarded masters of haiku in japan) lost his child, he wrote this simple poem: “Although the world of dew is only a world of dew, nevertheless…”, as if trying to emphasize his awareness of the transient and fleeting life of humans by comparing it to dewdrops, nevertheless, he will grief and cry for his child, because he is still a human being, and that’s what Unsighted is all about.

In our current world, I feel like most people are detached from this concept, that the people they love might not stay forever, and so they haven’t done everything to appreciate them in the present moment. Unsighted just takes it to the next level by showing an individual timer around each NPC’s, portraying a picturesque scene of their ephemeral yet beautiful souls.

Unsighted happens in a dystopian world where automaton beings coexist with humans, or rather they used to coexist as humans as our species got greedy and decided to gain full control of the meteor that produces Anima, an energy that gives live to these robots.

Right now, the human manipulation of that energy sources is causing a disaster of catastrophic levels. As the energy of these robots starts to run out, they stop becoming sentient and change to the Unsighted, turning into aggressive and unaware versions of themselves that attack everything without mercy.

Soon after this, Alma -the protagonist-wakes up without her memories. Built by one of the world’s most renowned scientists to be the most advanced automaton of all time, she turns out to be the last hope of her kind to save everyone before the time (always displayed on screen) that’s left runs out.

For this to happen, Alma needs to retrieve the 5 meteor fragments scattered around the world, which are capable of forging a weapon that will allow her to gain access to the tower that sealed the meteor. The problem is that each of these fragments is in possession of a powerful automaton that has turned unsighted, and part of the challenge is figuring out both how to get to them and defeat them in difficult battles.

The impermanence of souls

The story of Unsighted is much more than it appears at first, simply because the game subverts the usual expectations of videogame side characters through utilizing the concept of time, and forcing you to assume full responsibility for their impermanent lives, and suffer the consequences if you weren’t able to save any of them before losing consciousness entirely.

In Unsighted, everyone has something to say, and a final wish they want to carry out. But if you are unable to fulfill their requests at the required time, you are forever blocked from accessing their shop or side quests or any type of service they represent. This is something very hard to accomplish on your first run, especially if you are playing on normal or hard difficulties, which put more constraints on how much time you have for everyone.

The detailed pixelated graphics capture this melancholic atmosphere pretty well. Traversing the areas is bound to have you encounter trails of humanity’s past and the future they would never have, and even your foot prints will be reflect on the pools of blood and the puddles of water created by the sad rainclouds everywhere. It really sets a new standard for how retro inspired games should appear on the modern screen.

An immense amount of freedom is available for the player to complete the meteor quest in any arrangement they would like. Not only your actions determined who lives and who dies, but even the special abilities you acquire along the way have multiple platforming uses that can work in more than one way to unlock the same closed sections.

The movement in unsighted is very fast and fluid, not only among other metroidvanias but in general. You can do many basic commands and you have the ability to hold one weapon in each hand no matter what they are and create your own style. There is a multitude of choices and elements and a great sense of satisfaction can be found in experimenting with them.

Also just like Nier Automata, there are systems to help complement your build such as chip implementation to give you small advantages, and weapon improvements with the help of the world’s inhabitants. There are also multiple tools you can receive with story progression as well, albeit we weren’t very comfortable with it because of the absence of a quick access method to deal better with all these available combat choices.

The weight of living in Unsighted

Unsighted’s duration does not last more than ten hours, but on the other hand you can replay the game and unlock different endings/choices depending on how you approach the story, and there are also extra modes such as boss rush and a rouge like dungeon crawl mode, in addition to various new game plus modes and an easy difficulty option for those who do not want to worry about the timer aspect of the game.

However, we greatly advice against that, because it removes a lot of the emotional weight explored in the story through the characters, and the pressure that forces you to find new uses for your weapons and gimmicks in order to reach a bright conclusion before the worst comes to pass. In other games difficulty options may not matter, but here its a really big issue. To live, to be human is to feel the weight and preciousness of this our finite life.

The game also has a full local co-op option that allows you to play any mode you want with two characters on screen. The puzzles are made with extra care to account for having another player but unfortunately the game itself is not entirely built around that as the camera focuses only on one player and ignores the others, and the designs of both characters look very similar and our sight of them can get somewhat blurry and lost into all those pixelated landscapes. 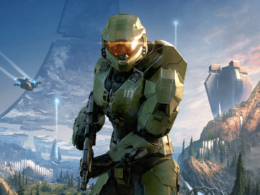 Why is Halo Infinite More Popular than Call Of Duty Vanguard?

Because of the pandemic, we cannot play outdoor sports freely these days. People cannot feel competition in the…
byOmer Kaan Ayvaz

Microsoft released Xbox One version in 2013. To compete with PS4. Because of slower hardware and Kinect system,…
byOmer Kaan Ayvaz
6 shares
5
0
1 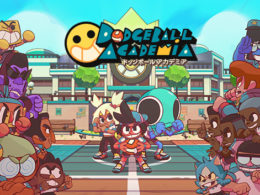