The game of the famous anime series Demon Slayer: Kimetsu no Yaiba The Hinokami Chronicles is coming to Xbox Series X/S and Xbox One soon.

The long-talked game for anime Kimetsu no Yaiba, which has a considerable fan base in many parts of the world, has been announced at the end of The Hinakomi Chronicles. There will be 3 main characters in this game, which fans are eagerly waiting for. We look forward to embarking on adventures with Giyu Tomioka, Shinobu Kocho, and Kyojuro Rengoku, these three most powerful members of Hashira, the highest level group of an elite corps. Also, another interesting character in The Hinokami Chronicles will be Tanjiro Kamado (Hinokomi Kagura).

The plot of Kimetsu no Yaiba: The Hinokami Chronicles

The game takes place in Japan, during the Taisho Period. Tanjiro, a clean and good-hearted boy who makes a living by selling charcoal, one day finds his family murdered. Moreover, the murderer of his family is an evil demon. All that remains of Tanjiro’s family is his younger sister, Nezuko. Worse still, Nezuko has also turned into a demon. Devastated by these disastrous circumstances, Tanjiro survives and decides to become a Demon Slayer to avenge his sister and murdered family. Meanwhile, he will try to turn his sister into a human again. Tanjiro has a very difficult and tiring process in front of him. However, Tanjiro is not alone in this adventure. Giyu Tomioka, Shinobu Kocho, and Kyojuro Rengoku, 3 members of an elite demon-killer army’s high-level group called Hashira, will also assist Tanjiro in this quest.

One of Hashira’s top hunters is Giyu Tamoka. Quiet, patient, and calm just like the element he uses, Giyu is a demon hunter who uses “Water Breathing”. He herself is a Water Hashira. Also, he is the one who recruited Tanjiro for the Demon Slayer Corps. Besides, he skillfully uses the water element and has a sharp mind.

Shinobu Kocho is one of the Hashira. She is the Insect Hashira, who uses “Insect Breathing.” She is a kind, politic Hashira but her wrath is not that polite at all. Whether it’s a human or demon, she’ll never be rude and never grump. Beware the Insect Hashira you demons!

And here is Kyojuro Rengoku. One of the strongest Hashiras of the Demon Slayer Corps. A cheerful and different Flame Hashira. Just like his element, he warms when calm, but his anger is uncontrollable. Runaway you demons! Kyojuro uses Flame Breath.

We come to Tanjiro Kamado (Hinokami Kagura). During the battle on Mount Natagumo, Tanjiro remembers the kagura dance his late father taught him when he was little and uses this movement to interpret a new Breath Style; “Hinokami Kagura.” He is one of the main characters and desires to put all demons to the sword if necessary to avenge his family.

These are just the tip of the iceberg. We’ll explore the game in more detail when Kimetsu no Yaiba: The Hinokami Chronicles arrives for Xbox Series X|S and Xbox One on October 15. Those who want can pre-order the game on October 13, by the way. We’re already super excited, anime-style games are always cool and we can’t wait to play this game. We’ll share it with you as we learn more about the game. Stay tuned!

Before the Xbox Series X/S launch of Microsoft Flight Simulator, you can take advantage of some of the…
byGunduz Dogan

Highly-anticipated Death’s Door is on Xbox consoles now! The game got a lot of attention from players all…
byMustafa Cem Donmez 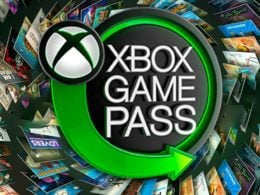 If you are looking for what’s coming soon to Xbox Game Pass in July 2021, you should take…
byMustafa Cem Donmez