Vice prime minister of Ukraine, Mykhailo Fedorov, calls out Xbox and PlayStation to protest Russia. Fedorov urges the gaming giants to pull their business from the Russian market.

The world is alarmed by the ongoing Russia’s military invasion of Ukraine. Over the past week, the invasion took thousands of lives from both sides. With Russia in an economic siege enforced by the world’s nations, the people of Ukraine try to defend their homeland against the pouring Russian troops.

Fedorov asks PlayStation and Xbox to halt business in Russia

As the invasion continues, various statesmen of Ukraine urge companies and corporations to provide support for their country. Recently, the deputy prime minister of the invaded nation, Mykhailo Fedorov called out Xbox and PlayStation. In his tweet, Fedorov asked both companies to halt their business in Russia and Belarus.

You are definitely aware of what is happening in Ukraine right now. Russia declare war not for Ukraine but for all civilized world. If you support human values, you should live the Russian market! pic.twitter.com/tnQr13BsSv

The prime minister also addressed various esports organizations to cancel their events set in these countries.

“We believe that such actions will be encouraging for the citizens of Russia in order to stand against this aggression.”

Fedorov also called other giants in the world of gaming. In his other tweets, the deputy prime minister mentioned Electronic Arts, Wargaming and Riot Games. Also adding Ubisoft to the list, the vice P.M. asked companies to support Ukraine against the invasion.

After the vice prime minister’s call, Poland-based game developer CDPR pulled their products from Russia. The developer of The Witcher series announced that they would stop selling games or products in Russia and Belarus to participate in the global protest.

“In light of the Russian military invasion in our neighboring country of Ukraine, until further notice, the CD PROJEKT Group has made the decision to halt all sales of our games to Russia and Belarus.”

CD Projekt Red is the company behind Cyberpunk 2077 and GOG platform as well. In a recent tweet, it is stated that the company believes in the power of commercial entities.

“While we are not a political entity that can directly influence state matters, we believe that commercial entities are powerful enough to galvanize a collective reaction among communities.”

The Polish gaming company also donated $234.000 for humanitarian aid in Ukraine. Fortunately, CD Projekt Red is not the only one supporting the invaded nation and its people.

11 Bit Studios pledged all their sales to charities

The developer of Frostpunk and This War of Mine pledged all of their sales to Ukraine’s aid. The company announced that they would be donating all the sales made until March 3 to the charities. (£520K). 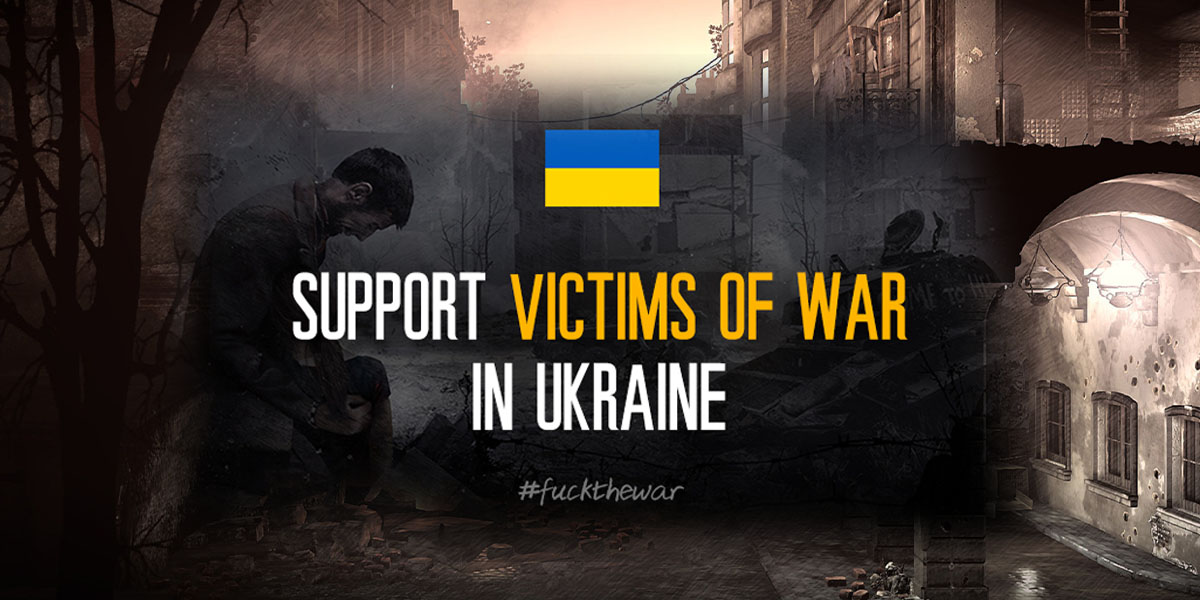 Known for their amazing game This War of Mine, 11 Bit Studios is also a Polish gaming company based in Warsaw, Poland.

Starlink is now in action in Ukraine

Elon Musk sent shipments of Starlink dishes to the Ukrainian government. In case of a complete loss of internet connection, Starlink dishes will be the primary source of internet in the country. Normally these dishes cost around 500 pounds in the United Kingdom, for example. But Ukraine probably will not be charged as they are being invaded by another country.

The vice prime minister thanked Elon Musk for his great support in a recent tweet that included the image of the shipment.