Control’s ending is one of the most mind-puzzling finales we have seen for a while. Here are the answers you are looking for in the Oldest House.

Control is one of the best action games that you can play on Xbox Game Pass right now. The game offers amazing gameplay, immersive level design, and a solid narrative that you will not forget for a while.

Where does Control take place?

The game invites you to the mysterious building called The Oldest House. The building is located in New York City and functions as the main headquarters of the Federal Bureau of Control, which aims to study and control any and all types of paranormal phenomena.

What is the Federal Bureau of Control?

FBC or the Bureau is a governmental organization that focuses on paranatural events that take place around the world. Even the headquarters of the bureau is a special place as it is actually a Place of Power and shifts between alternate dimensions.

Who is Jesse Faden?

We assume the role of Jesse Faden, who is the current director of the Bureau. She visits the headquarters of FBC after being guided by Polaris, which is an extradimensional entity that gained access to the world. She also searches for her kidnapped brother Dylan. She is portrayed by actress Courtney Hope, who also starred in other games of Remedy Entertainment.

After reaching the building, Jesse learns that the headquarters is currently in a state of emergency due to an invasion from another dimension. She also discovers the truth behind the director’s absence, her childhood, and the events that took place in the past.

What happens in Control’s ending? 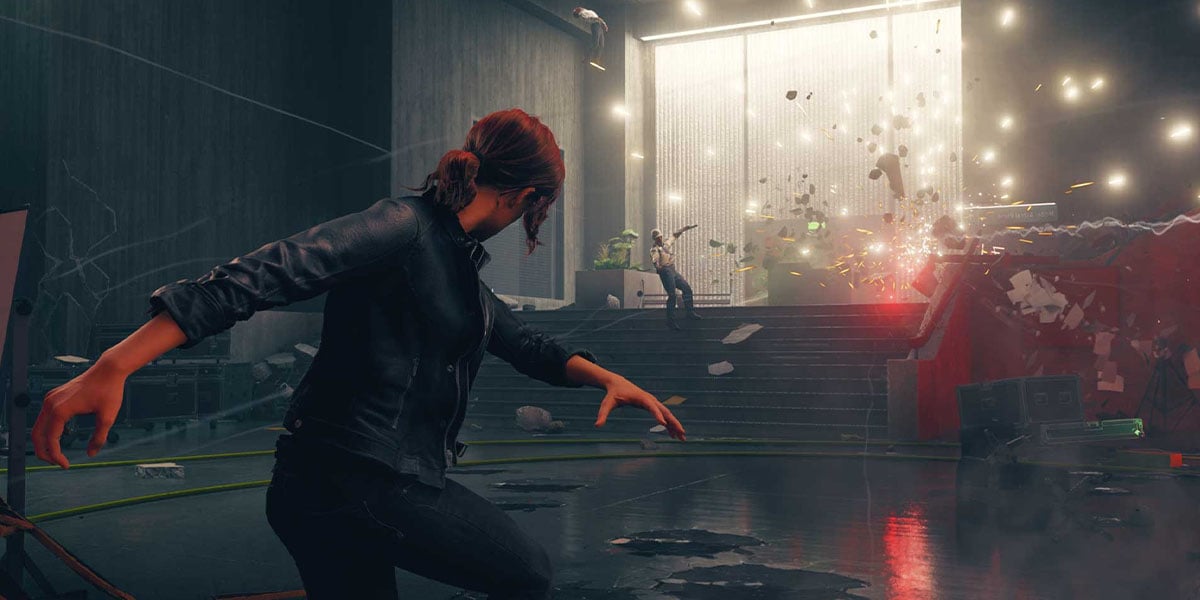 Jesse and her long-lost brother Dylan lived in a town called Ordinary when they were kids. These two siblings happened to be in the center of an Altered World Event, which is a paranatural event that caused the disappearance of the town’s entire population.

These events are simply called AWE and they are the main focus of the Federal Bureau of Control. This is why the Bureau takes Dylan into supervision while letting Jesse go. Though they constantly watch and examine her.

During the AWE in Ordinary, two entities from another dimension come into our reality. One of them is Polaris and the other is called The Hiss. Polaris forges a bond with Jesse and guides her to the Oldest House as she moves on with her life. And the other is The Hiss, which attacks the Oldest House thanks to the connection between two dimensions. After some time, Polaris finally guides Jesse to the headquarters of FBC to find her brother.

In Control’s ending, Jesse manages to find his brother while also shutting down the bridge between two planes. She also fights against the Hiss in her mind and succeeds in asserting her superiority. After gaining her senses, she then becomes the Director of the Federal Bureau of Control and continues to clear the building from the remainings of the enemy. You, as the player also have the chance to continue the game after you complete the main storyline.

About the Control DLCs: The Foundation and AWE

The game offers two DLCs for those who would like to delve deeper into the Oldest House. The Foundation invites players to the deepest places of the building to find Helen Marshall, the Head of Operations of the Bureau.

The AWE DLC, on the other hand, is actually a crossover between Control and Alan Wake, which is another game from Remedy Entertainment. We highly recommend you complete the Control’s story first before jumping right into the DLCs.