When people start to play Mushroom Wars 2, people can think that the game will be easy to play. Also, people can assume that the game is about math. Players who have more units will win every match. But it’s not that simple.

How to calculate the number of troops

Because of hiding units, predicting the number of troops of your enemy is very hard while playing the Mushroom Wars 2. That’s why Developers added a bar that shows the number of units each player has. With this information, players can make their strategy.

The sneaking feature makes the game realistic. Sneaking methods allow players to send their units more efficiently. Because of unpredictable attacks, some players thought that Sneaking can be a cheating method. It is not. It was a bug which loved by players in Mushroom Wars. That’s why Developers added this feature to the game. If you follow the steps listed below, you can easily use the sneaking method on your Mushroom Wars Matches.

When you play real-world strategy games, you will see that the morale of units is important to win matches. Developers do not change this situation in this game. To find your morale score, you can find it below the troops’ amount bar at the top of the screen. 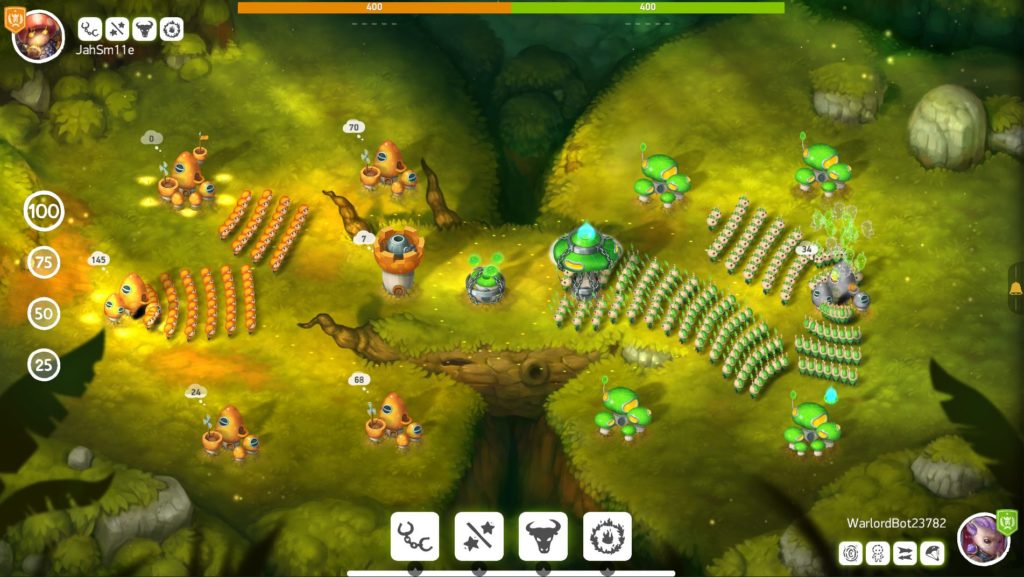 The morale of units affects the attack and defense indexes you get. In addition, when your units have higher morale, they will give more damage in the fights. To gain an advantage with morale, you can follow the listed steps below.

That’s it. I hope that this guide helps you in 1v1 and 2v2 matches. If you like this guide, you can check out our other detailed guides.