How Much Electricity Will Your Xbox One Use?

How much electricity does an Xbox One use? Here’s the energy requirement of your Xbox console and its effect on your annual bills.

Our consoles have been the sole companion of our exhausting daily lives. There is nothing like choosing a random game from Xbox Game Pass to spend a nice couple of hours. Jumping into a solid AAA title to lose ourselves in the immersive worlds is also an amazing way of escapism. That said, like many other appliances in our houses, game consoles have a certain amount of energy requirement as well. Meaning that your casual gaming also has an effect on your bills. But how much does it cost and how to calculate the energy usage?

Here’s how much energy your Xbox One uses during your casual or hardcore gaming sessions.

Xbox One Electricity Usage Per Hour

Xbox One uses 70-120 watts per hour. The standby mode of your console will use 15 watts. The cost of your gaming depends on various factors including your location though. Those include external devices like your TV or router that are connected to your console as well.

Here’s a list of estimated watt consumption per hour of Xbox consoles during gameplay.

When we assume that your average gaming session is three hours long, the annual cost of Xbox One electricity usage costs approximately $12-20 dollars a year. Of course, this calculation also depends on the average electricity rate in your country. Here’s a list of electricity rates by state, listed in U.S dollars per kWh.

How to enable energy-saving mode on Xbox One? 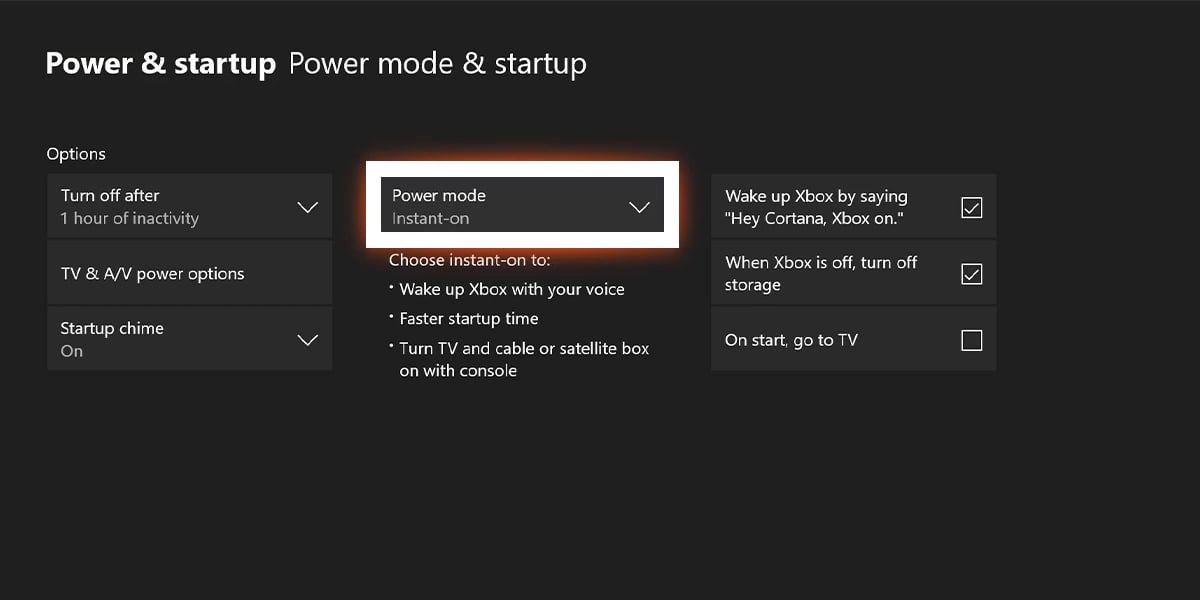 Although the instant-on is an amazing feature, it uses 30 times more energy when compared to the power-saving mode. The energy-saving feature of the console uses around 1 watt per hour.

The instant-on mode, on the other hand, allows you to access your console without waiting forty seconds. But it costs 15 watts per hour. So you pay more for the sake of convenience.

After you make the change you won’t be able to launch your Xbox One with your voice. You will also have to wait for updates to be installed after the console is on.

Can your gaming console cause a solid increase in electricity bills?

Even if you use your console for 5-6 hours each day, your Xbox One will cost you are around $20 or $25 dollars in a year. When you consider the amount of enjoyment you get in a year, the bill is actually next to nothing.

That said, there are people who reported a big increase in their bills after getting an Xbox console. If you also have a similar problem, make sure that everything is correct with your device. You might have missed installing an update that optimizes power usage.

There might be another issue inside your Xbox One. When the increase is very big though, we recommend you checking other appliances in your household. And here’s a video focusing on the news this week on Xbox.

What is the release date of Steelrising? Here’s everything we know about the upcoming action RPG created by…
byKerem Dogan Karakoc
10 shares
10
0
0
No comments