Who is Knight Artorias in Dark Souls? – Dark Souls Lore

Who is Artorias in Dark Souls? Here’s everything you need to know about Artorias the Abysswalker.

The Dark Souls franchise is a unique trilogy that embraces a vague narrative in a desperate land of fantasy. Every game in the franchise invites players to a mystical land filled with horrors and dangers. Though the first game of the series does an outstanding job in depicting a scary yet mesmerizing world. It also introduces some of the best characters in the whole trilogy. There is no doubt that one of them is Artorias the Abysswalker, introduced in the DLC released back in 2012.

We listed everything you need to know about the lost knight. Below you can find everything from the development process of the DLC to the character’s amazing story.

Who is the Knight Artorias?

Lord Gwyn, the ruler of Lordran, had a band of four loyal and accomplished warriors. One of them was Sir Artorias, who was tasked with traveling through the Abyss to hunt Darkwratihs. His ring protected him from the corrupted powers of the Abyss. As a brave and loyal knight who knew no fear, he traveled to the land of Oolacile. Though he was not alone as his fellow companion Sif the Great Grey Wolf was with him as well.

As a mere fragment of his glorious days, he started lurking among the ruins of Oolacile. It had been more than a hundred years when the Chosen Undead faced him in the coliseum. Though Chosen Undead ended his misery and put him to rest, his legacy was never forgotten as he was honored by the Abyss Watchers.

About Artorias of the Abyss DLC

The first game of the Dark Souls trilogy made its debut on September 22, 2011. Its unique combat system and emphasis on exploration made the game one of the best in the action RPG genre. Its approach to narrative design also kept the players invested in its lore.

Here’s how to access the DLC area and confront the boss.

Dark Souls sold more than 2 million copies two years after its launch. Following its success, FromSoftware started developing Artorias of the Abyss DLC. The downloadable content pack focused on Artorias and the land of Oolacile. The studio released the DLC back in October 2012. It also received critical acclaim and was considered a great addition to the game.

According to the director Hidetaka Miyazaki, the studio wanted to make the DLC a part of the base game. Though the initial plan was later scrapped and the story of the lost knight was refined into a DLC.

How many bosses are in Artorias DLC?

The DLC invited players to the hundred years past of the events that take place in the base game. It also introduced four new bosses. Alongside the Knight Artorias himself, the DLC came with Black Dragon Kalameet, Sanctuary Guardian, and Manus, Father of the Abyss.

Killing Artorias yields 50,000 Souls. If you are on NG+ though, the number of souls you will get is 100,000. You will also get the Soul of Artorias which gives 16,000 Souls and allows you to get the Abyss Greatsword. 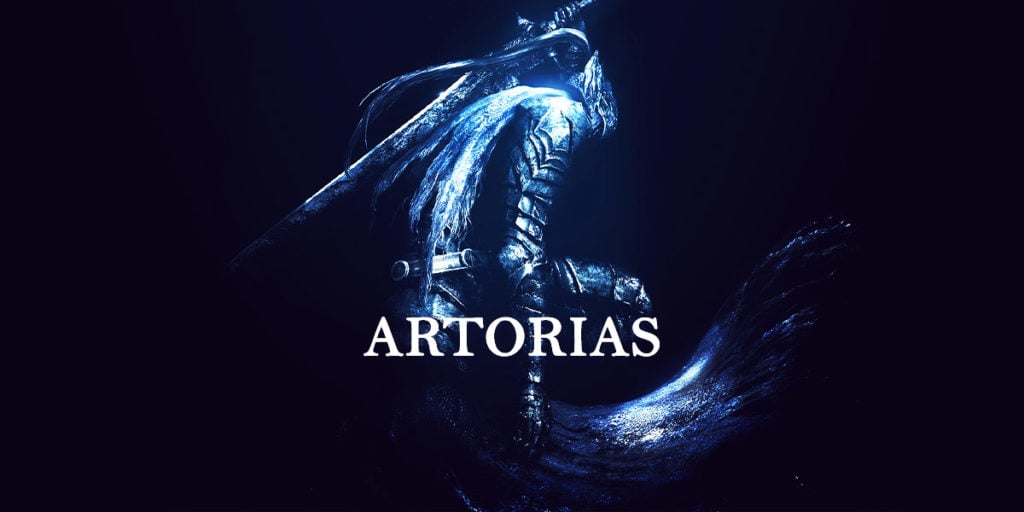 Well, we hope that you are patient enough to take on the adventure throughout Lordran. Make sure that you confront Artorias before you head for Gwyn though. You can find out how to reach the DLC area from the guide above.