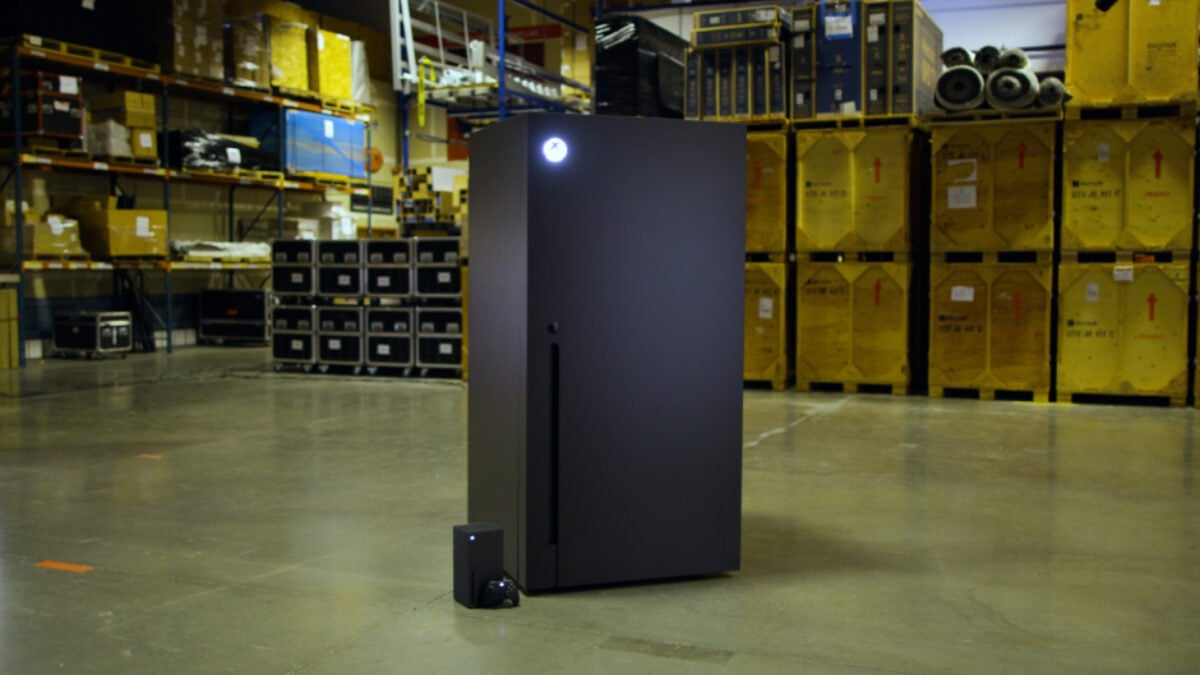 By now, you’ve probably seen the monstrosity that is the Xbox Series X Fridge. It’s enormous. It might not look all that great in your kitchen. That probably didn’t stop you from wanting one, though, right? Same here! I’d consider moving to a new place if I could fit that fridge into it.

Xbox marketing man Aaron Greenberg is apparently a fan of the fridge, too. It’s currently his Xbox profile picture. A few days back — with a tweet some might have missed — Greenberg also apparently took the temp on how people would feel about an Xbox Series X mini-fridge.

Full disclosure: I voted for the “Yes, take my money now” option, and I’d do it again.

Only heaven knows whether or not Greenberg is serious here, or whether he’s just having some fun. I will say this: a mini version of that same fridge would be a lot more manageable for people (the larger version was apparently pushing 400 lbs). And you know what else? It would really look good in the game room, too.