Will there be a Ryse: Son of Rome 2? With Crysis 4 is in the works, what is the possibility of a sequel being developed at Crytek?

Crytek released Ryse: Son of Rome back in 2013 as a launch title for Xbox One. The hack-n-slash game invited players to assume the role of a Roman centurion named Marius Titus. As a veteran warrior of Rome, Marius fought against Boudica and her armies of Barbarians in various places of Rome.

The fans of the hack-n-slash games are wondering whether there is going to be a sequel, though. Now that Crytek returned with Crysis 4 announcement, players are curious about the possibility of getting a sequel to Ryse: Son of Rome.

The launch title of Xbox One might be evolving into a new series. While we have not heard any announcements yet, trusty insiders say that Crytek is working on Ryse 2, a direct sequel to its 2013 hack-n-slash. 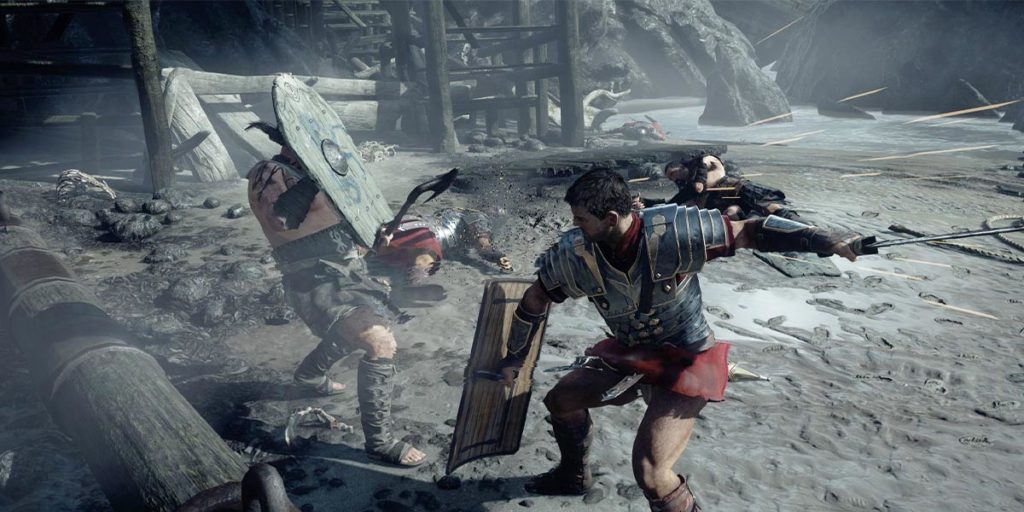 The industry insider also added that he has received pictures regarding the ongoing project. In a podcast episode of Xbox Era, Nick Baker said that his sources are trustworthy. So Ryse 2 might actually be in development.

On the other hand, we all know that Crytek’s critically-acclaimed franchise is getting a new installment as well. After HuntShowdown‘s success on Steam and various other platforms, Crytek is focusing on the new mainline entry to the Crysis series. So the time and resources are provided to the team behind Crysis 4, as Avni Yerli said in the announcement.

Considering that the company has downsized its studios over the years, it is safe to say that the primary goal is to develop Crysis 4 first. If Ryse: Son of Rome sequel is actually in the works, it probably will not be around for a while. Some sources also believe that the new Ryse game might not be available on PlayStation. Do take these bits of information with a pinch of salt, though.

Crytek’s hack-n-slash received critical acclaim for its amazing visual quality. Though the game’s development process was troubled with Kinect, a motion-sensing input device developed by Microsoft. The initial plan was to release Ryse as a game that has complete support for the device.

But the development was troubled for many reasons like the tiring physical movements or Kinect’s incapability of capturing the player’s movements. After a ton of scrapped ideas and various prototypes, Crytek and Microsoft agreed to ditch the idea of making it a Kinect-based game.

The game had a long journey in development and made its debut for Xbox One in November 2013. After more than ten years, it is safe to say that Ryse aged amazingly well. Thanks to Crytek’s CryEngine, the Roman-themed action game seems amazing thanks to its mesmerizing visuals.

Despite its repetitive gameplay and thin storyline, the game does offer a rewarding experience for many hack-n-slash fans. It also managed to be classic among veteran Xbox One users. So it is only natural for them to ask about Ryse: Son of Rome 2.