When is Kena: Bridge of Spirits coming to Xbox consoles?

What is the release date for the Kena: Bridge of Spirits Xbox version? Is it coming to Xbox consoles?

The game landed on PlayStation 4, PlayStation 5, and Microsoft Windows back in August. It invites players to assume the role of Kena, a young spirit guide who aids troubled spirits and helps them peacefully leave the land of the mortals.

The title was loved by players thanks to its lovely graphics, smooth gameplay, and interesting story. So it is only natural for Xbox owners to wonder whether it is coming to Xbox or not.

Is Kena: Bridge of Spirits Coming to Xbox consoles?

The action-adventure game is a timed exclusive. So it will only be available on PlayStation consoles for a certain amount of time. While it is also on PC via Epic Games Store, EmberLab‘s new title is not available on Xbox yet.

Don’t worry though, the developers hinted that they planning to release the game on ‘other platforms’ as well. While they haven’t made any comment about a release date, we can expect to see Kena: Bridge of Spirits on Xbox sometime in the future.

The devs had also said that they needed some after the game launched on PS5 and PC. We just hope that the team works on a Kena: Bridge of Spirits Xbox version after receiving such great reception on both platforms.

What do we know about game 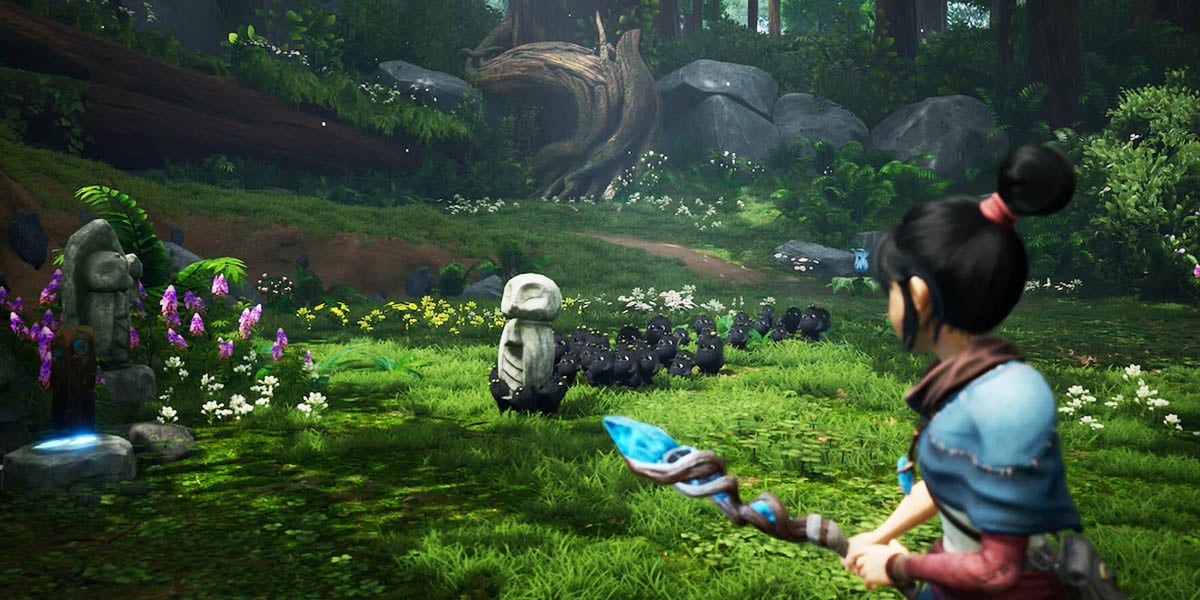 Ember Lab’s fun action-adventure title knows what it is. It is a beautiful game with decent gameplay mechanics alongside an intriguing story. Although it does not introduce a new feature to the genre, it does have its own unique sides that make it a good game.

Players roam around the forest in search of the items left by troubled spirits. In the process, they get to collect these small creatures called Rots. Players actively see these incredibly cute creatures as they follow Kena everywhere she goes. They also help the player in combat and unlock certain areas to heal the corrupted forest.

Kena: Bridge of Spirits offers a fun and fast-paced combat that allows players to dodge and parry alongside a couple of certain skills. It also unravels new weapons like a timed bomb and bow and arrows. These weapons are not only used in combat but are also essential in puzzle solving and boss fights. While fighting with wooden creatures in a mystical forest setting is a lot of fun, the game instantly changes the level of difficulty when it comes to boss fights.

Your lovely action-adventure game turns into a soulslike as the bosses do solid damage all the time. It is almost impossible to parry their actions and it takes them two to three hits to take you down. Although this unexpected change is quite frustrating, it might be a delightful experience for those who enjoy some soulslike boss fights.

While graphics and the visual quality are not enough to deem a game worthy to play, Kena: Bridge of Spirits looks beautiful and mesmerizing. Character and object designs seem like they came out from a Pixar movie.

Here’s everything to know about Kena: Bridge of Spirits on Xbox for now.