Here are the best Cyberpunk games on Xbox One and Xbox Series X|S. We listed the best titles that offer cyberpunk action.

While it has been a year and a half since CDPR’s Cyberpunk 2077 came out, the cyberpunk subgenre has been around for more than 30 years. The sci-fi genre depicts the darkest futures of humanity. Cyberpunk games, books, or movies invite us to dystopias where society is divided into socioeconomic classes. These fictional worlds delve into the concept of being human. In a world where technology overcomes human existence, what makes us human?

If you loved this question in Matrix, Blade Runner, or Ghost in the Shell, here are some of the best games that are similar to those works.

The titles below are similar to Cyberpunk 2077 in terms of narrative and atmosphere. They also come with great synth-wave and retrowave music. Make sure you also listen to their soundtracks even though they are not your cup of tea. But before we proceed with the games, let’s see what cyberpunk means.

What does cyberpunk mean?

Cyberpunk is a genre of science fiction usually set in the dark dystopias of the far future. In a cyberpunk world, megacorporations are almost as powerful as government bodies. And the value of human life is on par with technological equipment. People “upgrading” their limbs with cybernetic augmentations is commonplace in the works of this genre. Cyberpunk works also tend to dive into the existentialist philosophies through concepts like artificial intelligence.

The first cyberpunk game in the history of gaming was Cyborg. Even though it was a text-only adventure game, Cyborg inspired the creators of Deus Ex, Bioforge, Shadowrun and I Have No Mouth and I Must Scream.

The Ascent is the ultimate isometric RPG set in a cyberpunk world. This immersive RPG invites players to a place of constant conflict. It also offers a ton of quests and activities that you can complete with your friend. From megacorporations to cybernetic enhancements, The Ascent has all the things you would want to see in a cyberpunk game. It is a solid alternative for those who found Cyberpunk 2077’s Night City underwhelming as well.

What’s more, you can now experience the successful action-shooter on Xbox Game Pass.

Cloudpunk offers a very long night in the mesmerizing city of Nivalis. The game is filled with unique characters and interesting stories. And the players assume the role of a cargo driver named Rania. As a newcomer to the city, Rania finds a simple night job where she is tasked with delivering cargo throughout the city. Though what starts as a simple gig turns into a very unexpected journey.

The game combines an impressive and mysterious story with a beautifully designed open world. Its driving mechanics also make Cloudpunk stand out among other cyberpunk games. With the new expansion pack, City of Ghosts; the adventure in Nivalis extends to a whole new level. 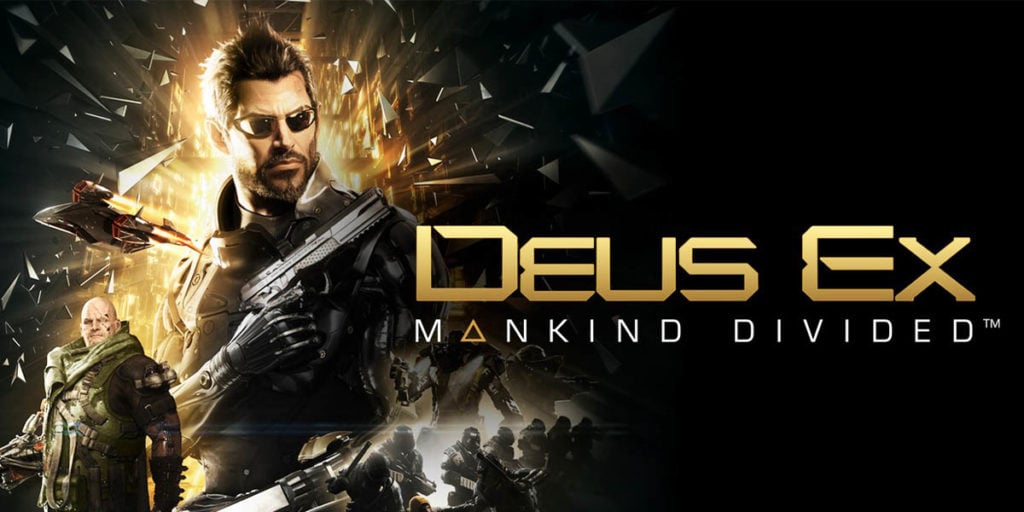 There is no doubt that Deus Ex is one of the best cyberpunk games out there. It is also among the longest-running video game series, as the first game of the franchise was released back in 2000.  Deus Ex invites you to the wake of the human revolution in a near future. In a divided society of the game’s world, one group refuses their biological roots whereas the other ones believe in the power of cybernetic augmentation.

Deus Ex games take players to various locations of the world such as Detroit, Singapore, London, Dubai, and more. The action RPG series is the perfect choice for those who want a long journey set in a dystopian future. 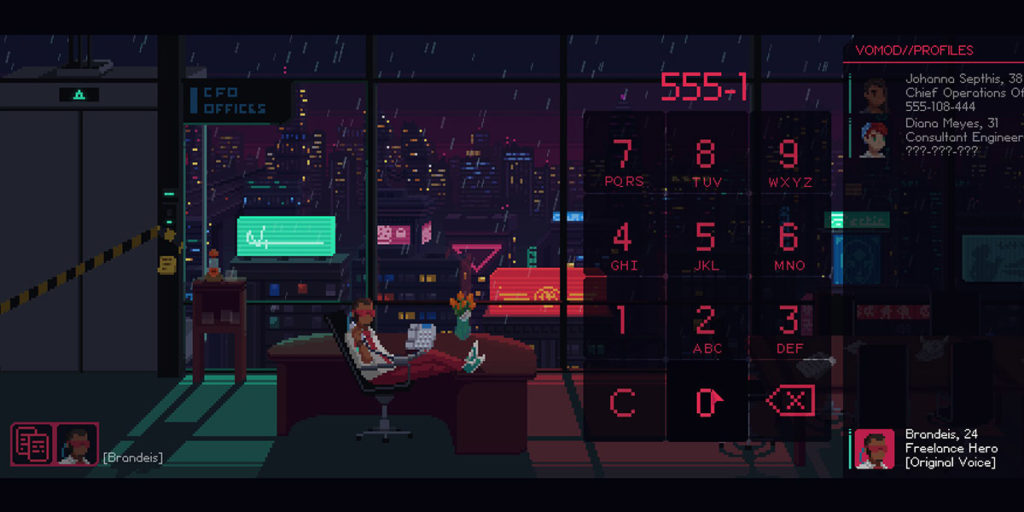 The Red Strings Club offers a unique experience and a beautiful narrative in a cyberpunk setting. The players take the role of a bartender and prepare drinks based on the customers’ moods. In a world where feelings are almost banned, The Red Strings Club celebrates the idea of being human through thoughts and emotions. It also uses the art of pottery to put an emphasis on human desires.

This one is truly a beautiful game for those who are looking for a cyberpunk narrative. 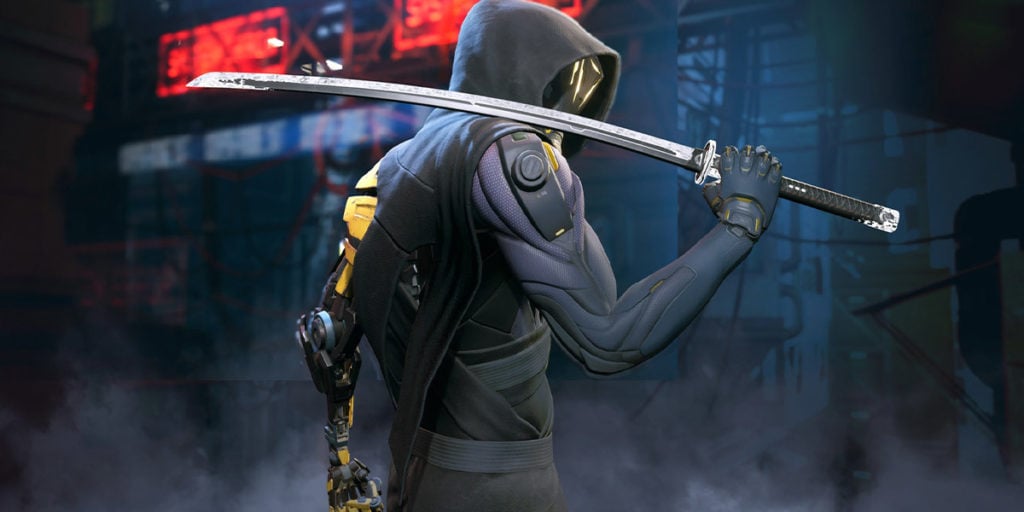 Ghostrunner is a solid parkour game set in a dystopian city called the Dharma Tower. Players assume the role of a special unit and try to climb to the top of the tower. From a divided society to brainwashed soldiers of a dictator, Ghostrunner offers everything you would want to see in a cyberpunk game.

Though it is essentially a parkour game where enemies can one-shot you to death. If you love challenges and want some synth action with great music, Ghostrunner might be your cup of tea. 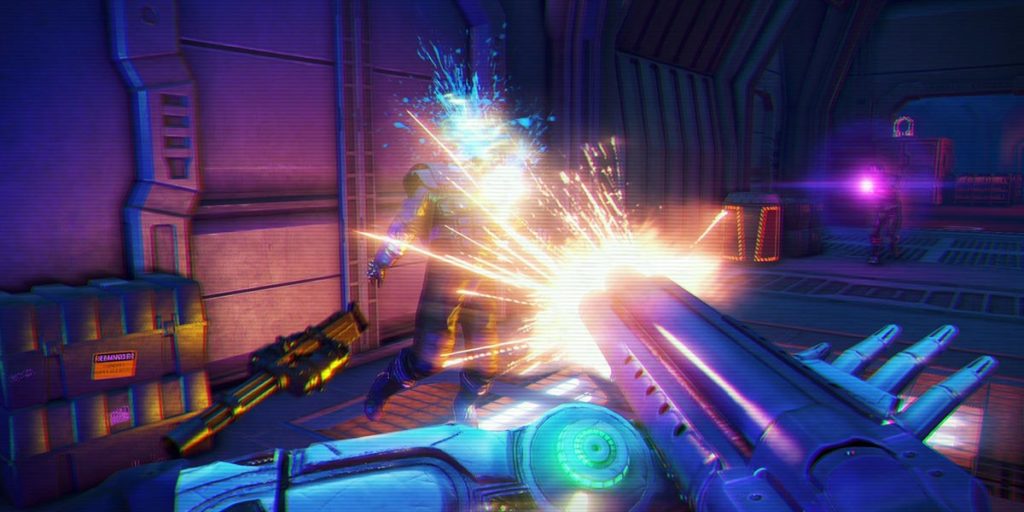 Far Cry 3: Blood Dragon is the ultimate cyberpunk action game out there. As a standalone expansion to Far Cry 3, Blood Dragon invites players on an epic and sarcastic journey. The game takes place in 2007 and players take the role of Rex “Power” Colt. As an American super-soldier, players are tasked with dealing with a rogue commander called General Sloan.

Though this is not a simple mission. As the laser-firing beasts called Blood Dragons roam on the island.

Well, these are some of the best cyberpunk games on Xbox One and Xbox Series X|S. Definitely give them a chance if you love the genre.