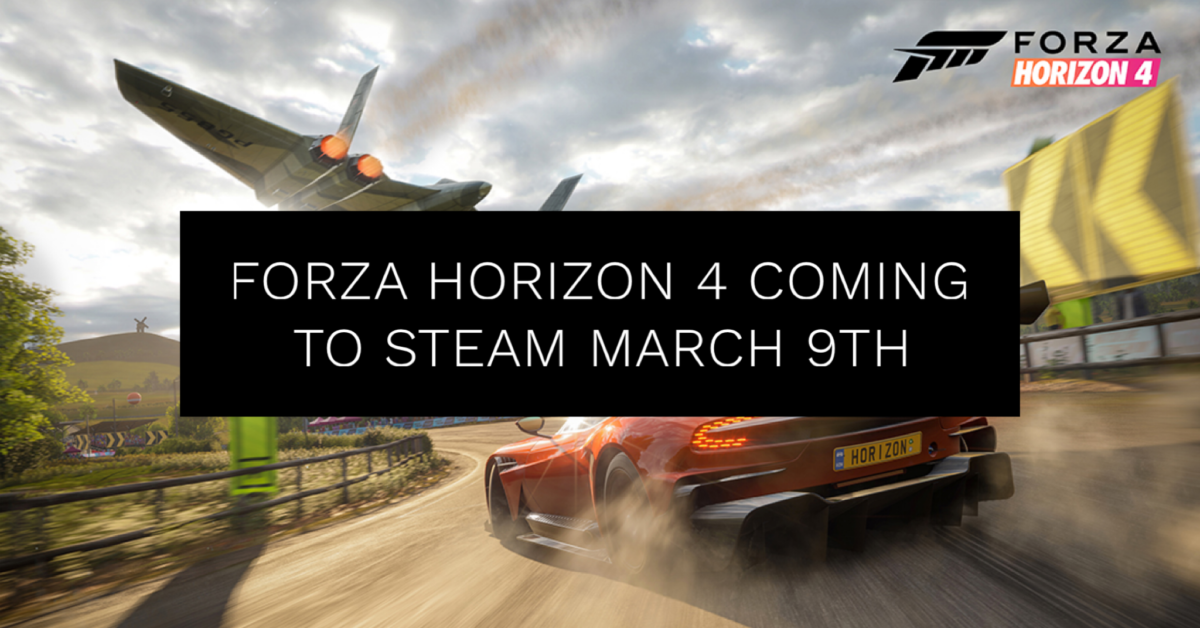 Microsoft, the owner of the Forza series, announced in a blog post today that Forza Horizon 4 will be coming to the steam store on March 9th, 2021. Forza Horizon 4 was released in 2018 initially on Microsoft Windows and Xbox One after the announcement at E3 in 2018.

Overall, critics have been very favortable of the game with Metacritic giving the title an 88/100 on PC and 92/100 on Xbox. The Xbox one version of the game turned out to be the highest ranked Forza Horizon title in the series tieing with Forza Motorsport and Motorsport 3. In 2018, there were several awards given most nobably winning the Best Racing Game of the year at the Game Critics awards.

Forza has also done relatively well in the streaming scene with the top 3 streamers being xboxinteractiveanz, xbox interactiveuk and DrUstaBaba. With the release of cross play, we can imagine that even more fans will flock and stream it.

It really is clear that the trend of increasing Xbox cross-platform play will continue in 2021. Now you can race your friends and foes across Xbox, Windows 10 PCs, and cloud gaming with Xbox Game Pass Untimate on android/mobile devices. This is all made possible with xCloud streaming.

What is Included in the bundles?

When Forza Horizon 4 officially comes to Steam on March 9th, 2021 it will be very interesting to see how much the popularity increases. Will you be playing? Shoot an email and let us know any other games we should be following.