Here are the latest updates on the Xbox Live server status. Players reported that they could not purchase or launch games.

Players have encountered problems on Xbox Live over the weekend. Some shared that they were unable to start Cloud Gaming sessions as well. Microsoft’s Xbox Support posted about their investigation on their official Twitter account. Though players were not content with the situation as the problem took place during the weekend.

Some players replied to the update of Xbox Support on Twitter, saying that they had to reinstall the games. While the problem lasted a couple of hours, most gamers ended up uninstalling their games to sort the problem out by themselves.

Xbox Live: Why Netflix or other apps Won’t Launch

Those who have been encountering problems with Netflix, Hulu, Disney+, or HBO Max might have to wait a little bit more, though. It seems like Microsoft received the reports two days ago and is still working on the issue.

We understand some users may be having trouble accessing media streaming apps such as Netflix or Disney+, and are currently looking into the matter. Keep watching here and our status page for updates.https://t.co/a6CwLeKdjJ

Based on the information given on the website, many streaming services are troubled by technical issues. So do not worry if you can not launch these apps properly as there is probably nothing wrong with your console. 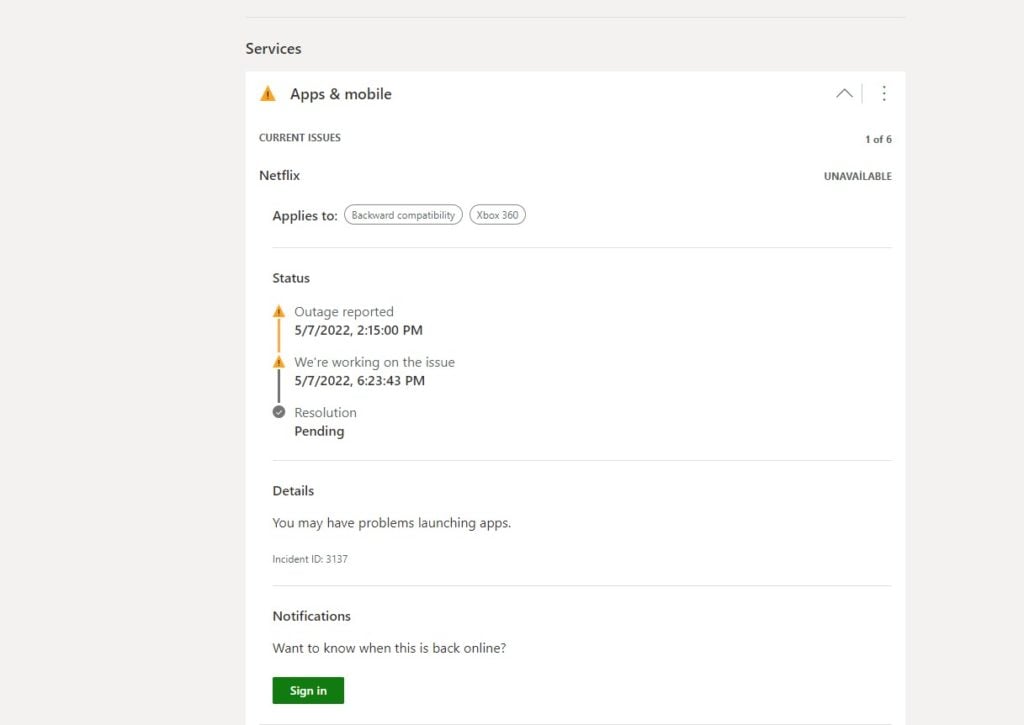 As of May 7th, it seems like Xbox Support has sorted everything out and systems are back online. They posted another tweet couple of hours ago and left a link to support.xbox.com. Based on the latest updates, there are still problems regarding the Apps and Mobile, though.

Players may see improvement when launching games and start Cloud Gaming sessions. We are working on reaching full resolution. If you are still seeing impact, rebooting your console may help. Keep checking our status page for updates.https://t.co/PzAdjUFMJj https://t.co/crddHgU9Vb

While there are not any major outages, it seems like the services for applications and the mobile platform is limited.

As we mentioned above, it seems like the problems with the streaming services are still there

What to do when Xbox Live is down? 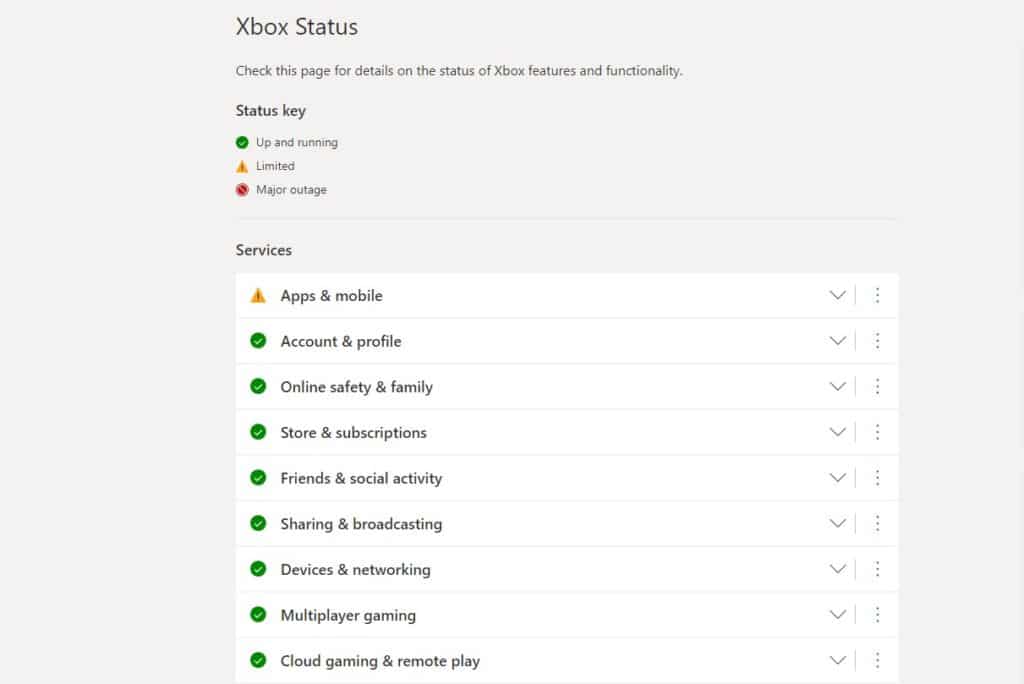 When you could not purchase or launch games, there are a couple of things you could do to make sure there is nothing wrong with your console.

Head to the Xbox Support website to get the latest updates

The support website shows all the outages and the issues that take place in the services. The website displays everything from account problems to store-related issues. It also shows the current focus of the support team. Definitely add this website to your bookmarks to get informed on the services and functionality. You can also get notified when the problem is fixed

The official Twitter account of Xbox Support posts about the problems as soon as possible. So checking their Twitter is the first thing you can do. If you want to find out if the servers are up and running, head to Twitter after the support website of Xbox. When certain apps do not launch and connection problems occur, they post updates to inform their users and to share when the problems are fixed.

You can also visit Reddit to see if a certain problem happens to other users as well. Players share their experiences on the subreddit. If the problem happens to everyone, one of them is sure to post about it on the social platform.

Xbox Live down or online? Current status and problems

Here are the latest updates on Xbox Live down and server status. Have a great gaming session this weekend!

Microsoft is developing an ads program that will allow brands to display ads in free-to-play Xbox games, according…
byNurdan Ünlü
No comments