VALORANT is a free-to-play first-person tactical shooter, developed and published by Riot Games. With a peak of 14 million monthly active users, the competitive shooter has piqued interest in many console players which brings us to the question – When is Valorant coming to Xbox?

With the huge success of Valorant over the past year, things are looking great over at Riot Games. Riot developers have said several times during Q&A sessions that console releases would be looked into.

With the capability of next-generation consoles now in the hands of customers and Valorant’s status as a top-tier competitive shooter, a game title on PlayStation, Xbox, and Nintendo consoles maybe even closer than we previously imagined. 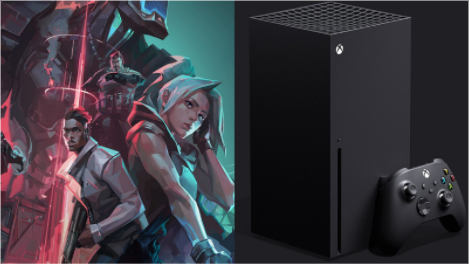 Valorant data-miners have previously revealed some of the data points to new platforms, such as the PlayStation 4, iOS, and Android. Although Valorant is currently a PC-only release as of October 2021, remarks from one of the game’s creators hint that console and mobile versions aren’t out of the question.

Although it’s no official statement by Riot Games themselves, employees have totally hinted at the possibility of the game releasing to consoles – which would include a release on Xbox platforms. Sadly, the developers have currently declared that a console port is not the main priority.

The executive producer of Valorant, Anna Donlon, stated in an interview with GameSpot: “We are definitely prototyping that right now. But there’s a way to play this game and there’s a way to experience this game that we’re not entirely sure translates completely to console play.”

With a strong level of competitive integrity, designers of Valorant worry that many players will be disappointed with unfair advantages. Valorant is mainly based entirely on your aim – which has complications depending on the platform the user is playing on with their controller.

There are many things to consider, especially when it comes to Valorant’s roster of playable agents, which might not play well on consoles. It’s safe to say that Valorant will be available to Xbox consoles only if the developers manage to polish the game to perfection.

Riot Games are not willing to make any sacrifice in quality and stability in the game, just in order to release it to more platforms. If the company feels like they need to leave out any core aspect of the game – the idea will be completely shut off and disregarded.

There have been many statements, leaks, news articles – but as of October 2021, there has been no official set date for a console launch of the Valorant title. Don’t lose hope though! There are exciting times ahead as Riot Games continues its console expansion – so anything is possible.