Best Of Sports Games on Xbox One in 2021

In this article, we gathered up the best sports games available on Xbox One. There are plenty of sports games you can play on the console.

Some of these games’ likeability might be questionable but we thought we need to be fair and positive. These are the bests in 2021 so far.

EA’s latest installment in the Madden offers a solid development in gameplay. You’ll really feel the graphical leap forward on this game. The new gameplay features revamped tackling and the new ‘skill stick’. There are also improvements to Face Of The Franchise. These are all we can see on Madden 21 for Xbox One.

You can still choose Madden Ultimate Team as your go-to mode for online play. It features regular live promotions and the chance to build your dream team.

EA’s FIFA series is without a doubt the king of the soccer genre. The latest installment is also offering some interesting new features on gameplay. Quick dribbling, creative runs, and positioning all help to create an absolute goal-fest for the player. Hardcore soccer fans can customize play style, with tactics you can alter on the fly.

There are some complaints about the emphasis placed on other game modes besides FIFA Ultimate Team. Fans say that they prefer a balance between attacking and defending to be restored. Still, FIFA 21 is a valuable update to the franchise.

The NBA 2K series is definitely is one of the frontrunners in sports games. It offers gamers realistic, immersive and enjoyable gameplay with all the editions so far. The shooting mechanic was a flaw gamers complained about last year. This has been repaired with this edition.

The gameplay improvements definitely make us players happy. However, we would be much happier if we see more innovations in the MyCareer and MyTeam modes.

Another of EA’s sports series NHL 21 recreates the world of ice hockey and providing fans a remarkable experience. In this game, we see a modern form of the new Be A Pro mode. It allows users to journey from prospect to legend. Also, the upgrades to World of CHEL and Hockey Ultimate Team Rush modes are definitely solid moves.

Although, some issues such as ping pong passing and stale offensive play seem to bother fans. But this doesn’t change the reality that NHL 21 is one of the best sports games.

Golf games are really not that much in the console’s repertoire. But PGA Tour 2K21 fills this gap and gives users an excellent experience. Users can explore a career mode alongside the sport’s biggest names with a more expansive PGA Tour license. That includes TPC Sawgrass, Quail Hollow, and East Lake Golf Club.

It would please loyal fans to see a more refined storyline presentation in the career mode. Still, it’s one of the bests.

After its launch in 2019, WWE 2K20 faced a huge backlash. There were so many bad reviews about the game. While we’re waiting for WWE 2K22, the 2K20 version seems like some of the problems have been solved. Also, this game is not that bad when we take a look and appreciate an enormous selection of community creations, great customizability options, and various fighting styles. We’re still excited to hear something about 2K22 though.

What do you think about our article on the best sports games on Xbox One? Which one is your favorite? Let us know in the comments.

When valve published the Left 4 Dead, everyone was shocked about features like co-op gameplay. It does not…
byOmer Kaan Ayvaz
2 shares
1
0
1

VALORANT is a free-to-play first-person tactical shooter, developed and published by Riot Games. With a peak of 14…
byBrad Fleischman
15 shares
14
0
1 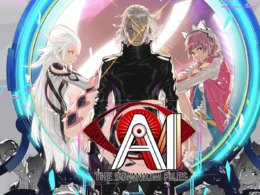 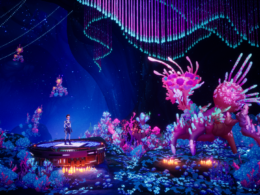