Here’s everything to know about Assassin’s Creed Odyssey game’s story and setting. We also added info on the chronological order of the games.

Assassin’s Creed is one of the longest-running franchises in Ubisoft’s arsenal. With more than 13 mainline entries in the franchise, the series seems like it will only get bigger in the future. There are also novels, short films, and a Hollywood adaptation of the video game series.

The series revolves around the millennium-long battle between the Assassins and their eternal enemies, the Templars. The titles in the franchise invite us to assume the role of the most iconic members of the Assassin Brotherhood.

From Ezio Auditore to Arno Dorian, the order has many members who have influenced the most significant events in human history. But Assassin’s Creed Odyssey is different from other games as it does not follow a member of the Assassin Order. But when and where does the game take place and how does it connect to the other titles?

Unlike other titles in the series, Assassin’s Creed: Odyssey does not focus on the Assassin Order or its certain member. The action RPG follows a Greek mercenary and his/her adventure throughout Greece instead.

And the game takes place in 431 BCE, 384 years before the foundation of the Hidden Ones (the precursor group of the Assassin Brotherhood). The successful entry of the franchise has the earliest setting in the lore of the Assassin’s Creed timeline.

Odyssey invites players to take the role of Kassandra (or Alexios) as she fights against the Cult of Kosmos. While there is not a direct correlation between the Templars and the Cult, the official collection confirms that a Cult of Kosmos is a proto-Templar group.

Both groups aim to seize control of the world as they have their hands in war, diplomacy, and politics. And considering that Kassandra fights against their brutal actions, she can also be considered one of the pioneers of the Assassin Brotherhood.

Ubisoft’s popular video game series combines history with fiction and depicts the millennium-spanning story of the Assassin Order. With more than 13 mainline installments and 10 spin-off titles, the franchise offers a long adventure throughout history. 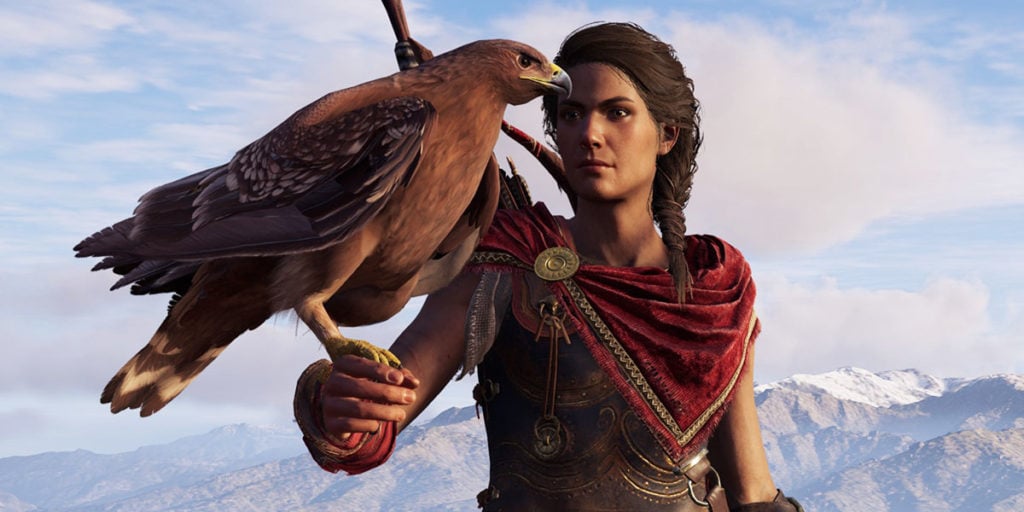 From the seas of Ancient Greece to the Industrial Revolution, here’s the chronological order of the Assassin’s Creed games. Those who want to experience the franchise based on their timelines should follow the list below.

Provided that you focus on the main story, Ubisoft’s open-world RPG takes about 44 hours. Though with side hustles and quests, this time can extend to more than 80 hours. If you are a full-on completionist though, prepare yourself to give in more than 100 hours to its extra content.

Does Assassin’s Creed Odyssey have a story mode?

What is the correct order for AC: Odyssey DLCs?

Normally, you might think about jumping into the DLCs after the main story in some other game. Though we recommend you follow a different playstyle in AC: Odyssey. The action RPG comes with two downloadable content packs, Legacy of the First Blade and The Fate of Atlantis. 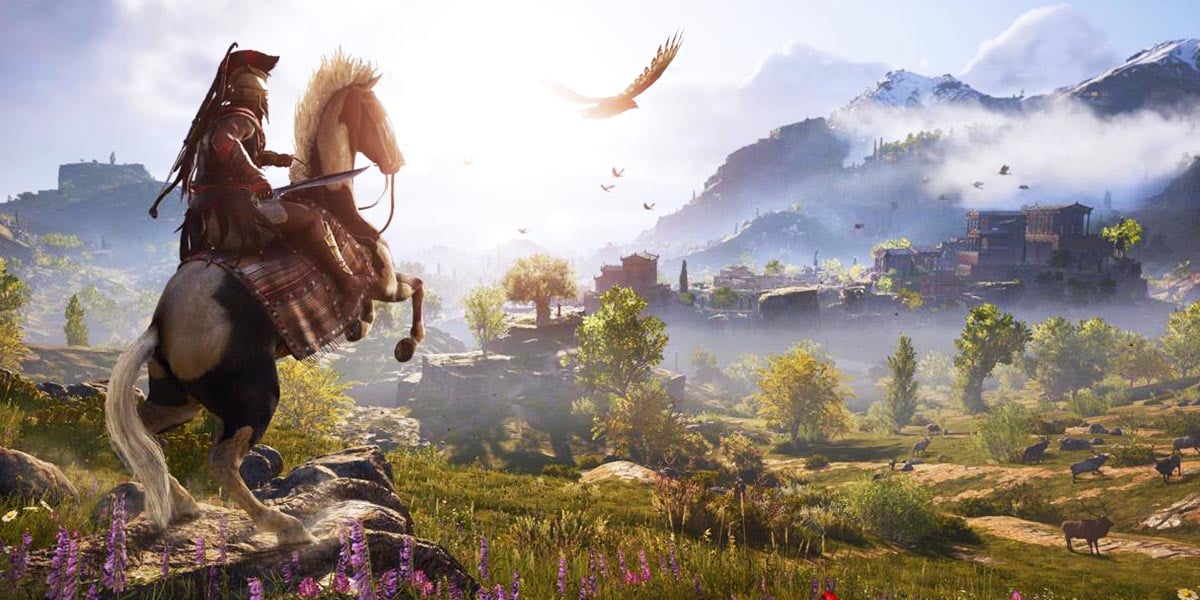 We suggest you start Legacy of the First Blade before you finish the main story. Level 35 is the perfect way to start this DLC.

After completing it, you can focus on the main story and complete all the family-related quests as well. And the ultimate finale to the game would be The Fate of Atlantis.