Microsoft Xbox has a monthly subscription service that offers you to play games for a month via its Xbox Game Pass. And while we are wrapping up this month along with the year, let’s see which games are waiting for us in the next month.

As we all know, Xbox Game Pass offers its users free games to play that they will be removed from the library at the end of the month, handing over their places for new games. So, we gathered up upcoming games of Xbox Game Pass coming in December, which are also included the games that excite us, such as Mortal Kombat 11, Transformers, Ben10, and more.

Ben 10 and his family are all set for a European vacation. Until evil Hex awakens four mysterious crystals and summons gruesome visitors from the Void. If you like puzzles and secrets in an action game with a great 3D world, this game is for you. It’s 20-25 dollars on the internet.

Broken Age is an adventure game, whose all visuals are also hand-crafted. The cast is like a dream, as it consists of Elijah Wood, Jack Black and Masasa Moyo. Funded by a record-breaking crowdfunding campaign and designed by industry legend Tim Schafer. So, be ready to have a taste of this timeless coming-of-age story! It’s also 20-25 dollars on the internet.

Firewatch is a single-player, first-person game in the Wyoming wilderness, where your only sentimental lifeline is the person on the other end of a handheld radio. Perched high atop a mountain, your task will be to look for mist and keep the wilderness safe. You’ll be discovering a wild and unknown environment, facing questions and making choices that can build or destroy the only significant relationship you have. It’s about 20 dollars on the internet.

The Gunk (Cloud, Console, and PC)

Available on day one with Xbox Game Pass: The Gunk stars a duo of courageous space haulers, struggling to make a buck as they chance upon a virgin planet brimming with life. They’ve come to gather alien plants and other precious resources, and it looks like they’ve hit the jackpot. Ultimate members can play The Gunk with Xbox Touch Controls on day one with Cloud Gaming, no controller needed! It’s cost about 24.99 dollars on the internet.

In the year 1986 – Meredith Weiss decides to return to her hometown to take a break from the big city. So she goes back to her beautiful hometown Providence Oaks, where also includes an incredible lake along with a creepy community. But what she will do next and experience will be in your hands! It’s about 20 dollars on the internet. 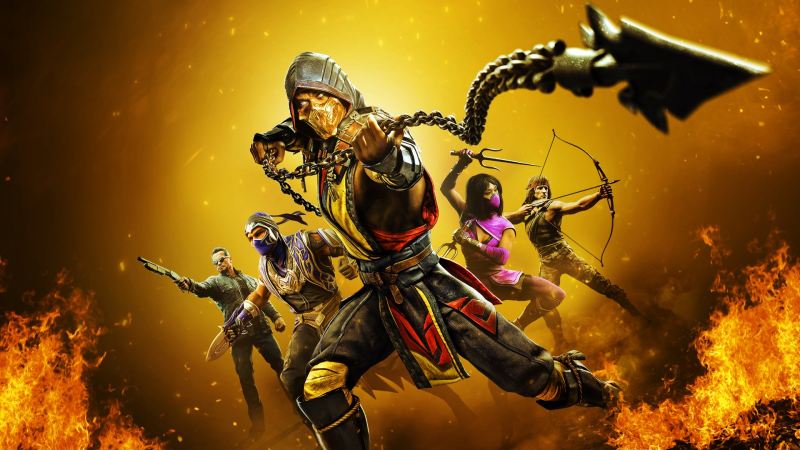 Mortal Kombat 11 is the latest installment in the critically commendable franchise, providing a deeper and more personalized experience than ever before with an all-new Custom Character Variation System that gives players inventive control to customize versions of the whole character roster. Leading the game’s saga into a whole other world, Mortal Kombat 11 introduces a brand new cinematic continuing its story throughout its 25 years in the making, as well.

As it also was created by award-winning NetherRealm Studios, there is no doubt that Mortal Kombat 11 is one of the shining stars of Xbox Game Pass’s December lineup provides. It’s about 50 dollars on the internet.

Do you ever imagine pups have superpowers? A meteor has fallen and given the pups mighty powers. But the meteor left behind a ruined city. And now, you and the Pups will be using their powers, rescue skills, and gadgets to save the town and make it PAWsome again! It’s about 35-40 dollars on the internet.

Get behind the wheel as Ryan and all your favorite Ryan’s World friends, as you can also take your own friends to! Race your way to the top in Career Mode or speed past your friends in 2 – 4 players split-screen races. Will you be the best racer among your friends? It’s cost about 30 dollars on the internet.

Released in 2021, Record of Lodoss War: Deedlit in Wonder Labyrinth is an action role-playing 2D video game, developed by Team Ladybug for Microsoft Windows. It is based on Ryo Mizuno‘s Record of Lodoss War manga series. While the game continues the previously unknown story of Deedlit, the events will also be leading you up to the previous game, Record of Lodoss War: Diadem of the Covenant. But don’t worry if you would be playing this game for the first time. We assure you will all enjoy while you play this latest installment of the series, whether you will be playing for the first time or not. It’s about 20 dollars on the internet.

There is a call for duty! Bumblebee and the Autobots need you as their commander again to bring peace to the world and the universe, as the leader of the Decepticons Megatron is close to capturing The Allspark with Earth under invasion.

We also wouldn’t want you to forget to claim the special Perks that Xbox Game Pass provides, including new content from Rogue Company, Gems of War, Vigor, and Super Animal Royale, this month in December. Don’t also forget to check your Perks gallery on your Xbox console, Xbox App on Windows PCs, and the Xbox Game Pass mobile app.

It’s also been revealed that there are now 10 more games that are being added Xbox Touch Controls for ultimate members. Check out the games down below, which are you will be able to access via the Xbox app for Windows PCs, Xbox Game Pass mobile app on Android devices, or xbox.com/play on your Windows PCs and Apple phones & tablets.

As we mentioned earlier and many of you already know, you generally have a month to play every new game for a month before they got renewed. So, here is the sad part where we find out which games will be removed from our libraries at the end of the month, this time. But still, don’t forget you can always use your membership discount to save up to 20% if you want to purchase to keep these games in your library.