10 Reasons to Visit Skyrim Again in the 10th Anniversary

The Elder Scrolls V: Skyrim is celebrating its 10th anniversary on November 11, 2021. One of the greatest titles in the world video games will be 10 years old in a week. Here are 10 reasons why you should go back to Skyrim.

No matter what you do in Skyrim, the atmosphere captivates you as you find yourself lost in a fantasy world. Whether you are in a cave fighting against the dead lords of the past or just hunting in the wild, the cold lands of Skyrim are harsh, brutal, and beautiful. 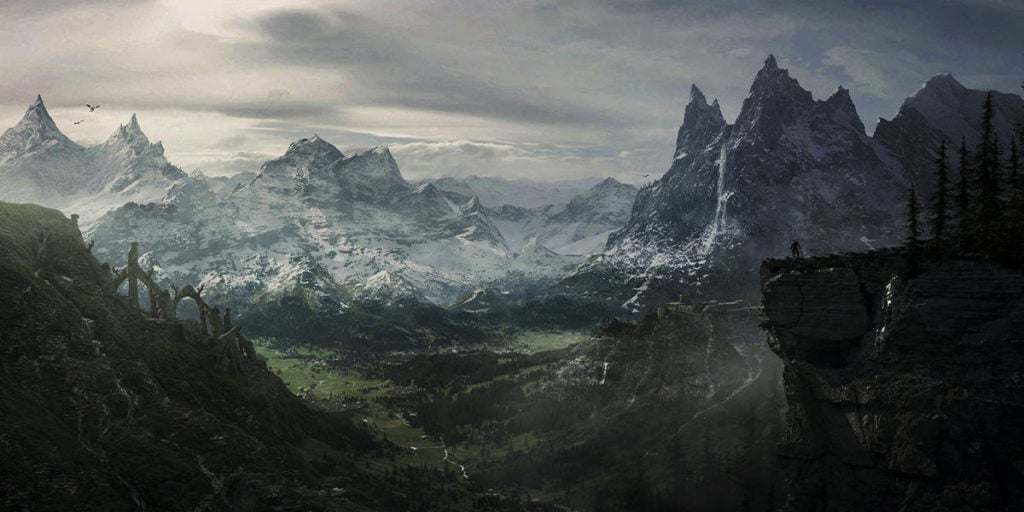 Bethesda’s immensely successful RPG is one of the best games with amazing mod support. Tens of thousands of mods have been made in the past ten years. There were some mod packs that became so successful that they came out as standalone games later on.

The fifth member of The Elder Scrolls franchise introduced an amazing open-world design to video games. There were so many quests in Skyrim that players did not even want to complete the main storyline. Wandering around in the world of Skyrim would result in taking lots of new side quests.

From Solitude to Markarth, Whiterun to Dawnstar; the cold lands of Tamriel had secrets and mysterious events behind every tree. The game had such an amazing open world that players could find themselves lost in a cave or in the ancient ruins of a lost race.

As we are getting close to Skyrim’s 10th anniversary, it might be a great time to lose yourself in the game if you have a VR headset.

As the Dragonborn, you can use your bows and arrows or wield a two-hand hammer while sending fireballs to the enemy. There are no certain classes in the game and the line between these styles is pretty vague. This allows players to utilize a much more flexible combat system.

Attacking dragons and watching them fall from the sky is one of the best moments in gaming history. Skyrim did this so good that it has become a symbol in the world of video games. Being the Dragonborn was an amazing experience.

10 years of mod support resulted in some of the best graphics mods ever made for a video game. Thanks to software and module like ENB and reshade, Skyrim now looks like a game that came out for next-gen consoles.

Despite its game engine, old graphics and exhausting combat, The Elder Scrolls V: Skyrim is a timeless RPG capable of ensuring unforgettable experiences.

Here are 10 reasons why you should go back to the cold hills and warm cities of the land of Skyrim in its 10th anniversary.