Power Rangers Battle for the Grid returns back to its core franchise gameplay this September with the release Mighty Morphin Power Rangers Black Ninja Ranger Adam Park on September 21st.  Rita Repulsa, December, and Poisandra, Power Rangers Dino Charge’s villain will be coming in November. You can purchase the game on Xbox Game Pass (Console and PC) for $19.99 USD.

Each character has their own mechanics, which give them a lot more options for team-synergy and combat. They keep the easy to understand, but difficult to master control system of fighters from earlier seasons.

What is Power Rangers: Battle for the Grid?

Test your skills online against friends and players from around the world for endless replayability. A streamlined combat system welcomes newcomers with simplified controls while maintaining depth for the most dedicated competitor to learn and master. 25 YEARS OF RANGERS Generations of Power Rangers collide across the multiverse’s 25 year history. Experience authentic but re-imagined Power Rangers battle sequences like never before.

EASY TO LEARN, HARD TO MASTER Power Rangers: Battle for the Grid features traditional fighting game controls. This easy to learn but hard to master game is designed to welcome players of all skill levels.

Battle for the Grid Season 4 Features

A New Roster of Power Rangers

​Each Season 4 character brings something new to the table. Poisandra, Adam, with her Ninjetti teleportation, clones and cake mines, Poisandra, with her husband-assistant, and Rita with her magic that allows her to strike nearly anywhere. The game also features Johnny Yong Bosch reprising his role as Adam Park.

Adam Park and Rita Repulsa were great choices when it came to choosing the next characters for the Grid. Both are classics in their own right and iconic of the “Mighty Morphin Power Rangers”. Poisandra is a new story. Poisandra is a deadly combination of power and grace. She brings her husband Sledge along to the fight as he is part of her special moveset story and arcade mode story.

The Gravezord is now available to all players. This Zord was made from Zords that were damaged or destroyed from the World of the Coinless. It first appeared in the “Saban’s Go Go Power Rangers #9” comic book published by Boom! Studios adds more evil ways to win against multiple opponents or create a Happy Birthday combo.

A New outfit for Anubis Cruger

Anubis Cruger receives a new outfit exclusive to Season 4. This gives him a more formal look. Season 4 is available for purchase at $14.99 or you can buy individual characters for $5.99. For more information, visit battleforthegrid.com.

What characters are featured?

Curve Digital and Runner Duck are announcing that the intergalactic crew management game Space Crew, will launch with…
byBrad Fleischman 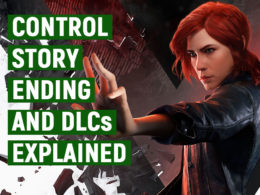 Control’s ending is one of the most mind-puzzling finales we have seen for a while. Here are the…
byKerem Dogan Karakoc 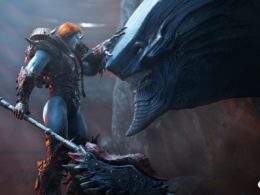 Eidos-Montreal, the developer of the game, as well as Square Enix have released the full tracklist of the…
byBrad Fleischman