Square Enix announced its first game at E3 2021. Marvel’s Guardians of the Galaxy is coming to Xbox One and Xbox Series X/S on October 26.

You will bring the Star-lord character to life in this third-person action/adventure game. However, the game does not progress at the same time and story flow as the comics and movies. Instead, it proceeds in a completely different story with familiar characters. You’ll spend some of your time battling intergalactic enemies and trying to mend the social conflicts of the rest of your crew. Familiar Guardians Of The Galaxy characters Gamora, Rocket Raccoon, Drax, and Groot will also accompany you on your adventures 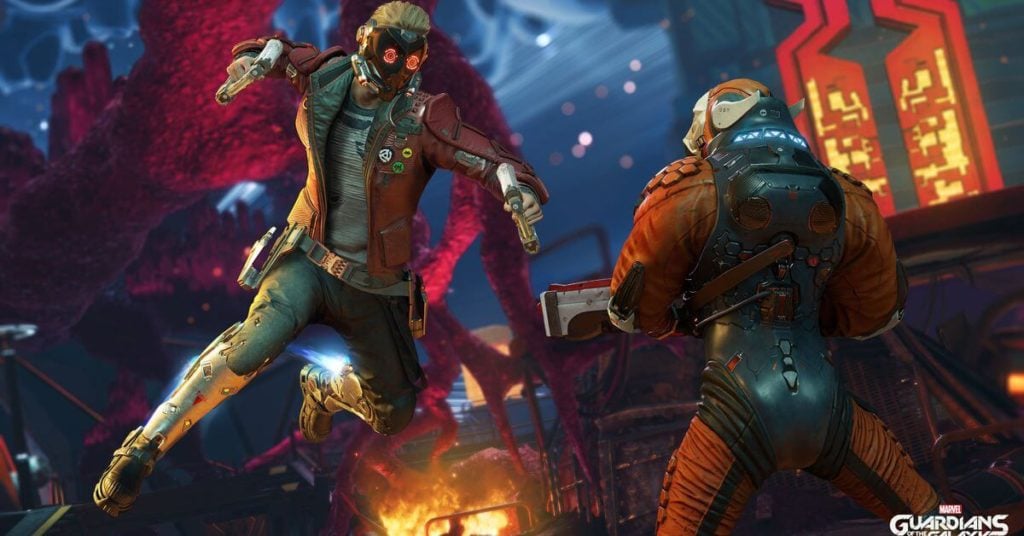 During Square Enix’s E3 2021 live stream, the company showed off both a story trailer and a pre-recorded gameplay episode from Eidos Montreal’s developing Guardians of the Galaxy. In terms of gameplay and story, the game is similar to Marvel’s Avengers. However, what’s different this time around is that Guardians of the Galaxy seems to be a traditional single-player game compared to Marvel’s Avengers.

From a story standpoint, Guardians of the Galaxy promises something very familiar. The trailer shows us Star-Lord and his shipmates bickering among themselves, traveling the galaxy, breaking the law, facing bad guys, and so on. In terms of gameplay, this game focuses on third-person combat. You take control of Star-Lord as you run, jump and fly through open-ended levels. Along the way, you fight enemies with double guns. You can protect the team.

The funny thing is, you have to make story decisions about your teammates from time to time. Such as, during the game demo, Star-Lord had to decide whether to “sell” Groot or the Rocket Raccoon to a notorious collector to earn the amount of money they needed. Naturally, the guards come back immediately after the selling and save their teammates. In this respect, Guardians of the Galaxy is similar to Telltale Guardians of the Galaxy a few years ago, requiring you to make decisions that may please or anger your teammates. 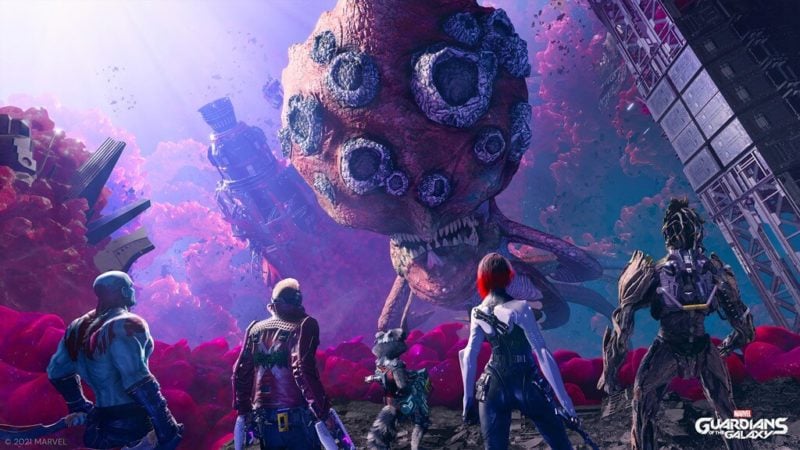 In a nutshell:
As we are familiar with the movies, Guardians of the Galaxy reflects the fights, dialogues, heists, and humorous attitudes. Certainly, the surest way is when the game is released in October, we will buy and experience the game ourselves. Thus, until then, we hope that the details will gradually emerge with the game.

As a result, Square Enix‘s Guardians of Galaxy will be released for Xbox Series X/S and Xbox One on October 26. The company has hinted that it will give some additional surprises and gifts via pre-orders before that date. (like extra footages, soundtracks, art books, etc.) Stay tuned for fresh game news and release dates as E3 2021 is already underway.