The Official Forza YouTube channel has dropped an amazing video for car racing fans today. It’s quite impressive to see the Forza Horizon 5 Official Initial Drive Trailer. Did we mention it has a 4k resolution?

This trailer was created by the developers of Forza, Playground Games. It looks exactly like Fast and Furious 7’s scene where they jump off the plane. This trailer is a huge hit with fans and social media is going wild over it.

Forza Horizon 5 is available on November 9th, 2021 for Xbox Series X|S, Xbox One, PC on Windows and Steam. The game will also be on and Xbox Game Pass including console, PC and Cloud Gaming.

Mike Brown, the Creative Director of Forza Horizon 5 at Playground Games announced the news in a blog post

Over the last few months, we’ve given open world driving fans a taste of what they can expect from Forza Horizon 5, including breaking down the different biomes you’ll explore as you race across Mexico.

Now, with the November 9 release of Forza Horizon 5 on the horizon (I couldn’t help myself), we’re excited to share with the fans the first eight minutes of pure, unadulterated Forza Horizon 5 gameplay.

And we’re not done there, we’re also beyond excited to showcase Forza Horizon 5’s just-announced cover cars: the Mercedes-AMG ONE and the 2021 Ford Bronco Badlands. ¡Let’s Go!

Which cars were revealed?

Forza Horizon 5’s first eight minutes shows the beautiful landscape of Mexico. The team set out to create a game that was larger than the previous games. Playground games sent a team of photographers to Mexico in order to capture real-world sky and light data. The site will also feature 11 distinct biomes, a local weather system and real-world natural events. You can expect to see leaves flying everywhere if you speed through the jungle.

The trailer shows Forza Horizon 5’s cover cars, which are the Mercedes-AMG One and 2021 Ford Bronco Badland.

The Forza Horizon 5 Landscapes can also be seen when watching this masterpiece. These landscapes include the Gran Caldera volcano in snow, a dust storm in a Mexican farmland and a dense jungle tree canopy.

Some of the songs were also leaked from radio stations. They sound amazing and perfect.

Deserts. Volcanoes. Jungles. The @Ford Bronco is built for anything. And it's #NewToForza. pic.twitter.com/3Us7w7cq5C

What did we learn from Gamescom about Forza 5?

Horizon 5 will push the boundaries of racing games. It will offer new modes and more activities while still keeping Forza alive. During Gamescon we learned a lot and here is a quick summary of the features: 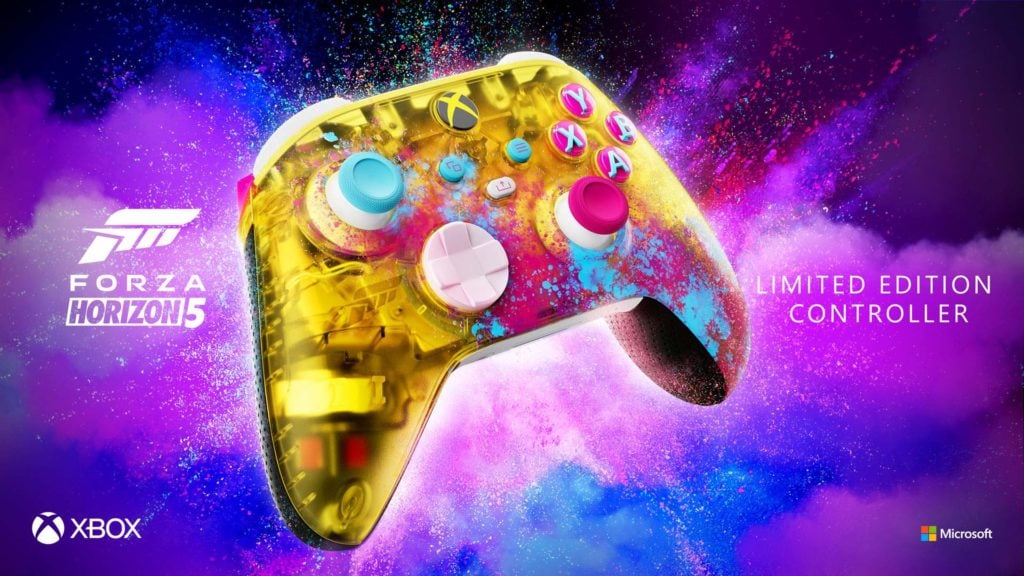 We also announced the Forza Horizon 5 Limited Edition Xbox Wireless Controller, inspired by the powder fireworks that go off throughout the day at the in-game Horizon Festival.

The controller features a first-ever transparent yellow finish, with a custom-colored, visible rumble motor and lighting effects that play off the Xbox button.

The controller includes textured grips on the triggers and bumpers, and custom bottom and side dimple patterned grips inspired by perforated style performance car steering wheels.

The game studio promised hundreds of cars for the launch. This is more than any other Forza game, and we’re very excited to see how it turns out. Forza Horizon 5 Review: Please Follow Core Xbox.