Former Head of Portfolio at Xbox Joins the Kepler Group 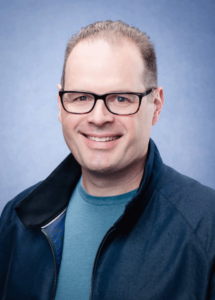 “We are delighted to have Damon join our growing team at Kepler” said Alexis Garavaryan, CEO at Kepler Interactive. “His wealth of experience at some of the most iconic gaming companies brings phenomenal expertise which will be hugely valuable to us and our studios. It is a testament to the ambition we have as a company”

Damon is expected to take on the lead role in the Kepler collection of studios that are independent, and coordinating collaborations with partners and platforms across the entertainment and gaming landscape. This role further increases the expertise in the gaming industry held by Kepler’s management team, who have experience across the most important gaming industries like the platforms (Xbox, Nintendo), publishing (Ubisoft, Frontier), mobile (King, Space Ape) and investment (Makers, Kowloon Nights) to provide unrivalled insights and support to the studios in Kepler.

“I’m excited to be joining Kepler Interactive at such a pivotal time in its journey,” added Damon Baker. “The company is founded on a strong, unique vision that not only resonates with me but also our studios and partners. I’m looking forward to working with these exceptionally talented founders, creatives and their teams and expanding our portfolio in the years to come.”

The announcement was made in September 2021. Kepler Interactive launched with $120 million in funding for its first round. It is comprised of seven founding studios, including highly anticipated titles like Sifu, Tchia, Scorn, Tankhead and a number of other projects that are not yet in development. Kepler provides a unique structure that allows game studio founders to become co-owners, which allows them to make crucial strategic decisions, like the introduction of new members into the collective, and receiving direct rewards for the financial success of the company.

What is Kepler Interactive?

Kepler Interactive is a world-class game publisher and developer based by a unique model of co-ownership. The company was founded by the co-founders of Kowloon Nights – an award-winning fund that redefined the concept of videogame financing, investing more than $100 million to help independent developers on equitable and sustainable terms.

Kepler offers studios an ownership stake in the business as well as an influence in making strategic decisions, all while maintaining their creativity and allowing them to create enjoyable and profitable games that appeal to a large public.

The studios that Kepler partners with are all over the world A44, based in New Zealand, Alpha Channel and Timberline in North America, Awaceb, Ebb Software and Sloclap in Europe and Shapefarm located in Asia. Kepler’s leadership team and support is based in London and Singapore is a wealth of gaming experience, as well as an impressive track record in marketing, funding and working with game developers to bring amazing games to market in a massive way.