We experienced that Amazon and Best Buy prefer to add stock intermittently. Because they want to deal with hoarders. Those people are other cause of Shortage. Also, Gamestop wants to sell its stocks with games and Xbox Game Pass. The Xbox bundle includes Xbox X, Assasins Creed Valhalla, Hitman3, and Xbox game pass. This increases the value of the bundle. However, it increases the chance to find stock for Xbox S.

Tips And Tricks To Buy It

It is hard to catch a brand new Xbox Series X|S in stock. Because some hoarders set up some bots to buy them instantly. They buy Xbox X with their bots Because they want to sell them for higher prices. Don’t worry about bots we will give you 4 tricks to buy your Xbox X as quickly as possible.

1-People have to create accounts with payment information on those websites which I mentioned above. Bots are never tired. That’s why they can add information to buy new Xbox Series X|S stock. But, we cannot type our credit card information.

2- Fallow stock tracker accounts, Developers created Twitter accounts that tweet every stock update with their audience. They do not do it free. They earn commissions with every sale on the retail sellers. However, their commissions cannot affect buyers. It is a win-win situation. I listed some of are;@mattswider @wario64 @videogamedeals Before you follow them, we strongly recommend opening those accounts notifications.

3-Every problem crates people who want to gain benefit from it. People want to money on this stock problem. They are stocking Xbox Series X|S to sell them at higher prices. We see that they put them on 1000$. If we think about the retail price, they are robbing people. 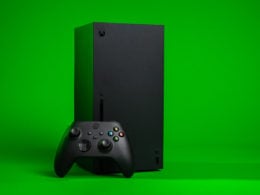 Gamers do not want to encounter errors while they playing their games. Recently, some Xbox One players report…
byOmer Kaan Ayvaz
3 shares
1
0
2