What are the best soulslike games on Xbox consoles? Here are some of the best titles you can play before stepping into worlds Dark Souls or Elden Ring.

FromSoftware defined a new genre when they released the first Souls game and changed the approach to the difficulty in video games. With Bloodborne and other Souls titles, they created a formula that combines a punishing world and rewarding gameplay. When you look at how many other studios and titles tried to do the same, it is safe to say that the Souls formula works. No matter how difficult and frustrating it is, killing a boss after trying countless times is an amazing feeling. There is no right or wrong direction in these games as they want you to discover and take risks.

That being said, not everyone is ready to jump right into the scary and desperate worlds of Dark Souls. That’s why we came up a with list of best soulslike games on Xbox consoles so that you can prepare yourself before living the nightmares of soulsborne games.

Developed by Deck13, The Surge invites you to a solid soulslike journey that mixes machine oil with blood. In a near future, where mega-corporations allowed AI and technology to be more present in human lives, you assume the role of Warren, a disabled man who wants to be, well, not disabled anymore.

Though things don’t go as he expects as Warren finds himself in a massive factory full of corrupted cyborgs, rogue AI and hostile robots. He tries to navigate his way around the massive corporation by finding new exo-suits, more powerful weapons and highly defensive armor.

The Surge and The Surge 2 do an amazing job in offering soulslike mechanics with a sci-fi world.

Ashen is the soulslike take of Annapurna Interactive who also have amazing works like Journey, Flower and Florence. The game invites you to a desperate open world that is in search of light. The game has all of the elements you would see in a Souls game. From passive multiplayer to dungeons filled with boss fights or punishing combat to weapon crafting. Ashen encourages players to discover and complete all the quests that lie before them. One journey may add a useful asset to your town that allows you to craft new armor whereas another one might reward you with a solid armor.

If you want to step into the dark and sad world of Dark Souls and similar games, consider trying this one first. It is not as hard as the others but it does offer a difficult combat system that will require you to be careful at all times.

The action-adventure title coming from Respawn Entertainment invites players to assume the role of Cal, one of the last Jedi sworn to restore the Jedi Order. The game offers a great balance between immersive souls-style combat and Force abilities, making itself a unique title both in the genre and other Star Wars games. Players get to learn new Force powers and lightsaber moves as they progress in the storyline which invites them to the most iconic planets and landmarks in Star Wars universe.

As FromSoftware’s one of the most difficult games, Sekiro: Shadows Die Twice might make you throw the controller while also giving you the most immersive swordfights at the same time. Sekiro is a unique title that requires players to be incredibly patient. It is built like other Souls games and it makes you believe that fighting ‘that’ boss is impossible. Yet these games are rewarding enough to make you try and try again until you overcome the obstacles and master the combat mechanics.

Mortal Shell does not only refine the mechanics we usually see in other titles but it also offers something new. Instead of the classic dodge and parry, the game allows players to harden their ‘shells’.

This means that instead of dodging around and trying to parry at the right time, just use your own body to defend yourself against grotesque beasts and horrifying terrors in a world full of cosmic horror.

Apart from its combat, Mortal Shell does offer a decent soulslike experience thanks to different playstyles, various sets of armor and the ability to learn new skills.

Remnant: From the Ashes

Remnant: From the Ashes combines the gameplay style of Soulsborne games with impressive gunplay mechanics. It encourages you to survive through scavenging, upgrading and rebuilding what you find on the battlefield, as the terrors of the ancient evil lurk around every corner.

The action RPG also proves that a successful gameplay formula can do wonders when it is mixed with another decent mechanic. Introducing shooter elements to a CO-OP adventure with a touch of soulslike gameplay makes Remnant a solid game that deserves a chance. It is why one of the best soulslike games on Xbox consoles.

The greatest and the most humble title on our list, Hollow Knight, is a 2D action-adventure title that successfully delivers all the things you would see in a souls game. The fact that it is a 2D game does not give any compromises from the epic adventure it offers. Everything about Hollow Knight is undoubtedly great. From abilities to combat mechanics or enemy and level designs, it is the perfect game if you want to play something that is worth your time.

Here are some of the best titles that you can play and test your might. 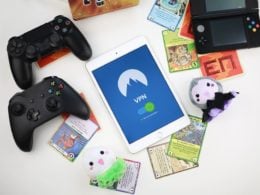 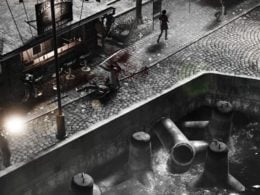 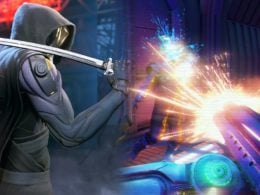 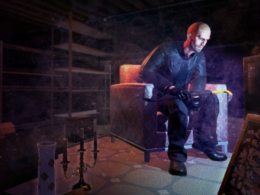 Stealth Games are alive and very well in the world of Xbox in the 2022. Below, we’ve compiled an…
byYunus Emre
1 share
1
0
0
No comments