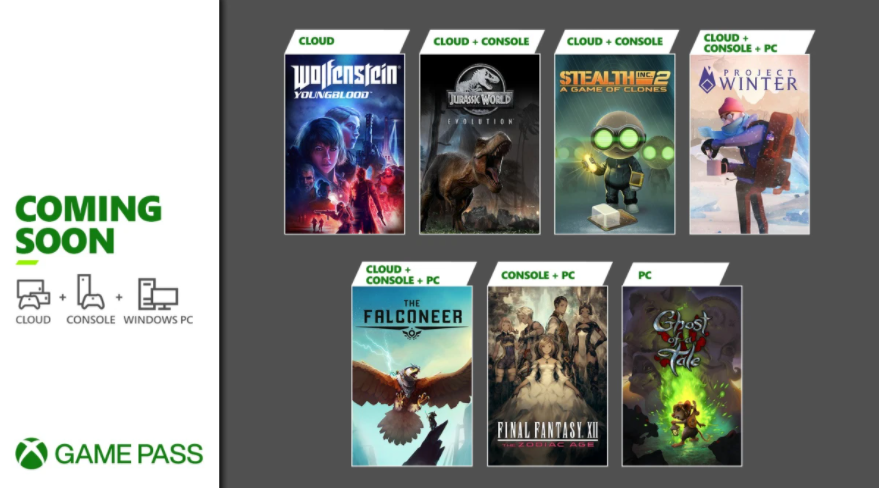 This game is an action Role Playing game having you play as a mouse named Tilo. You will be thrown into a medieval world that only has animals and you will have to explore to progress.

If you like 8 player multiplayer game then this is the one for you. You will need to communicate and decieve to ultimately brave the wilderness and escape.

Fly through the skys in a fantasy land on a mythical warbird. There are multiple classes with weapons, stats and upgrades that are unlocked as you progress.

Published by the legendary Square Enix, this is the 12th intallment of Final fantasy remastered. We don’t want to ruin the story, but it’s worth checking out.

For any Jurassic Park fan, this is a must play. Immerse yourself in a world a dinosaurs and create your own compound to understand these legendary creatures.

You play as a close trying to escape a high tech testing facility. Both your reflexes and mind will be tested in 60+ levels that are linked together. It’s easy to die in this game but don’t worry, death is never permanent for a clone.

This is the first co-open Wolfenstein game in the modern age created by bethesda. Work with you friend or take the challenge on alone in this first person shooter.

This platform puzzle game released in 2008 challenges the player to explore and liberate an alien society from an evil corporation. Rated 9/10 on Steam and 72% on Metacritic, it’s worth giving a shot.

The classic hack and slash video game is the sequal to the original Ninja Gaiden released in 2004. You can’t go wrong with this one and will be entertained for hours.

Rogue Lite’s have become very popular in 2021 and World of Horror is great choice for any player looking for a challenge. You must survive a scary gauntlet of fights and challenges in this retro style game.

This action horror game puts you in the role as a demon hinter traveling through hell to save your true love. The game has many features including brutally twisted boss battles, a heart-wrenching storlyline, the power of light and an incredibly deep soundtrack among other well throught out systems.

We look forward to seeing the global response to the game pass announcement and following the story closely.